What Happens If You Join The French Foreign Legion? 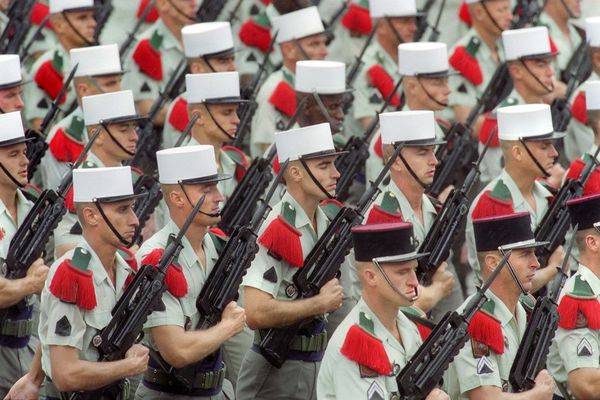 Joining the French Foreign Legion is no easy feat.

To become a legionnaire, individuals must pass stringent physical and mental tests. Even if a recruit makes it through this gauntlet, they must take an extra pledge and give up their original identity in exchange for a new one made by the Legion. They must also be willing to serve without recognition or reward. The Legion is renowned for being largely anonymous and keeping its members’ identities secret, making it perfect for anyone looking to start over.

Once enlisted, all candidates must adopt new names, including previous criminals with minor run-ins with law enforcement. On the other hand, serious infractions will not be accepted into this prestigious institution.

What happens if you join the French Foreign Legion?

A: When you join the Legion, you are given a new identity, which includes a new name. After one year of service, you can ask for your real identity back. That applies to all candidates without distinction.

Do I have to change my name?

Minor criminals are welcome and even preferred because they are thought to be more willing to turn their backs on their old lives and fully integrate into Legion life. Serious criminals, on the other hand, are not welcome.
The Legion is willing to let you join up under an assumed name. However, first, you’ll have to tell them who you really are, and French police/intelligence services will do a check. Suppose you’re wanted for something relatively minor or, let’s, say, running away from debts. In that case, they may overlook that and allow you to begin a brand-new life, with the possibility of acquiring French citizenship at the end of your service. But if they find out you’re wanted for murder, you can expect to be arrested and extradited.

How long is a Foreign Legion contract?

Five years
The initial contract is for five years. After this first contract expires, the legionary can continue his career with subsequent agreements ranging from six months to five years.

Can you get a new identity if you join the French Foreign Legion?

Most recruits get a new identity during their first week of basic training in the 4th Foreign Regiment (4ème Regiment Etranger) in Castelnaudary, southern France.

Nobody ever asks you if you want or need a new name and birthday; they give it to you on a piece of paper and tell you: “From now on, you are (new name and surname)!” Your new name is very similar to your real one; for example, Wolfgang becomes Walter or Giovanni becomes Giuseppe. The same happens with your last name.

This is done so that you can quickly memorize your new name. They do the same with your birthday: Instead of being born on the 15th of August, they make you one month older or younger.

In the first days after the recruits (engagés volontaires) have changed their names, it is sometimes a bit chaotic: The instructors call the recruits with their new names, but more often than not, they don’t get a reply. It takes some time to familiarize yourself with your new identity and to respond when someone calls you “Martin” instead of “Marcus.”

Giving a new identity to recruits, the so-called “anonymat” (anonymity), is an old tradition in the Foreign Legion. It made a lot of sense in the past when the police wanted a lot of legionnaires who signed up.

Today, however, every candidate has to go through a screening process at the so-called “Gestapo,” or “Bureau Statistique de la Legion Etrangère,” or “BSLE.” BSLE stands for “Bureau Statistique de la Legion Etrangère,” French for “Statistical Office of the Foreign Legion.”
This is a very influential institution that separates liars from truth-tellers. You can have a criminal background as long as you have served your sentence, but wanted criminals are no longer accepted.

The “anonymat” still helps the new legionnaires to forget their past, integrate faster into their new outfit, and adapt to the rules and mentality of the Legion.

Do you lose your citizenship if you join the French Foreign Legion?

Yes. A foreign legionnaire can apply for French nationality after three years of service. If he does a good job, he will first get a permit to live there, and only then will he be given citizenship.

What documents do I need to bring for recruitment?

The presentation of all valid identity documents produced by the candidate’s country of origin is requested in order to facilitate the selection and recruitment processes (identity card, passport, driving license, diplomas, etc.). In all cases, a birth certificate or an extract with filiation will be required before the end of the contract’s first year.