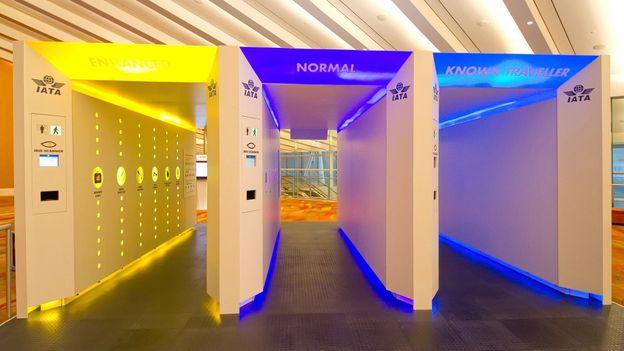 I’ve grown up with the notion that I was different from the people, It mattered in small-town Holland where I was “really” from, despite my Dutch passport, I always wanted to travel anonymously.

When you think about it, where you are born is just a lottery and none of us come into the world as inherently bad people or should be less worthy of opportunities and success. Nevertheless, where you are born has a lot to do with where you go in life and your ability to travel anonymously.

And now, it has, even more, to do with where you can travel. Even if just for tourism. I am lucky. I won the birth lottery relatively speaking and it has allowed me to somewhat travel anonymously There are a number of close friends who are Canadian or British, but just because their life started out in a different country, they are no longer able to travel to the US (without complications). Not everyone is quite so lucky, and while the place of birth is not something any of us can choose it does impact us in some cases more than the choices we can make.

Labels, no matter what

Five minutes ago, I took my seat on an Air Maroc flight to Casablanca, and the person about to sit next to me made small talk. All it took was one short response from me to elicit the comment: “I didn’t think Americans traveled that much anymore these days”. No matter where I go (except if I am home in Toronto), I am labeled the moment I open my mouth. Every time again I have to explain my heritage, and indulge people’s curiosity about how I ended up with an American accent. There are several things wrong with the statement the man next to me made, so I won’t even get into that here because that opens an entirely different discussion.

Exactly because people make these kinds of assumptions, I don’t like showing off where I am from. You might think that precisely for this reason I might want to flash my Dutch passport for all to see, but I don’t. I am not offended if someone thinks I am American, it is just not correct. When on the road, we spend a lot of time giving up our privacy. We are enclosed in tight spaces for hours on end with complete strangers, and at the core, I appreciate keeping some ownership over what about myself I divulge.

I hope that others who travel a lot might understand where I am coming from with this. To help to travel anonymously in style, I carry a Dior carry all, In part for this reason, in part to protect my passport and keep my travel essentials together (health card, credit card, and boarding pass). No rummaging through carry-on luggage is needed if I want to buy a coffee and my passport automatically flips open on the photo page when I need it to. When frequent (business) travel is part of your life, you have to make it as easy as possible.

I like that by covering my passport, I feel a bit more anonymous. It’s my choice to who I reveal what my nationality is (aside from of course to official border agents), and it is my way of being defiant to this sudden emphasis on where you are from. Just because you spent hours in a tiny box in the air together, doesn’t give the people sitting close to you any right to your life story. However, if you do want to chat the conversation deserves to take whatever turn that is interesting at the time, instead of being dominated by geopolitics and cultural stereotypes (if I had a penny for every time someone made an inappropriate comment about Amsterdam…and I am not even from Amsterdam…).

The Transportation Security Administration (TSA) is reportedly expanding its operations to include pre-screening of passengers based on various databases making it even more difficult to travel anonymously. It is an effort that could surely prove to be an inconvenience to passengers who the TSA chooses to harass, but which would do absolutely nothing to impede a dedicated terrorist from exploiting the obvious flaw in the TSA system: The total disconnect between the physical screening process and the airlines’ passenger databases.

Through its pre-screening process, the TSA could target individual passengers for additional screening at the gate, but it has absolutely no idea who we are at the time we pass through the security checkpoint. Sure, a security officer does check to see that we match the picture ID we present and that the name on the ID matches that on a valid-looking ticket. But for domestic travelers, TSA screeners make no effort to match our IDs to any sort of database. Meanwhile, while airlines do require a valid ticket at the gate, they do not check the name on the ticket against a valid picture ID before allowing you to board

.So, if I wanted to travel anonymously, I would simply book my flight under an assumed name, then print out two different boarding passes: One with the name under which I booked my flight, which I would present at the gate, and the other Photoshopped to include the name that matched my picture ID (real or forged), which I would present to TSA at the security checkpoint. A TSA agent might see my name, but would never check it against a database; the airline would scan my ticket, but their database would not have my real name. There would be absolutely no record of me booking or taking the flight.

Yes, the TSA does stamp and initial your boarding pass at the checkpoint, but the gate agents don’t look for that stamp—they frequently reprint boarding passes beyond security, and you could always board by displaying the barcode of your ticket on your phone. There really is a total disconnect between the security screening process and the boarding process, if you choose to exploit it. Now, I don’t recommend that you attempt this. It’s likely illegal (not that that’s your typical terrorist’s main concern). Still, even as a lark, it is unlikely that you’d ever be caught.

It’s hard to see the TSA’s new pre-screening process making us any safer. At its best, it’s yet more security theater. At its worst, it will be used as a privacy-invading tool for harassing travelers who federal officials choose to harass those of us who want to travel anonymously.

Starting over with a new identity, anonymous travel, and anonymous living is extremely difficult, make one small mistake in the process and you will fail. When your life and liberty are on the line, trust Amicus Intranational Consulting to deliver a safe, legal, and secure new identiy