The Secret World of Shadow Diplomats 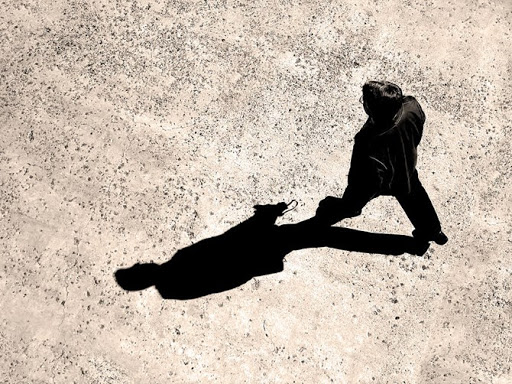 In diplomacy, shadow diplomats are often thought of as a staid, secret appointment.

But there is a hidden side to the diplomatic world, where secret deals and backroom maneuverings can have just as much impact as official negotiations.

This is the world of the shadow diplomat.

Shadow diplomats are unelected officials who wield influence behind the scenes. They may be wealthy donors to a political party or have access to influential people. In some cases, they may even be former government officials who still have connections in the corridors of power.

What all shadow diplomats have in common is that they use their influence to try to shape events without being held accountable by voters or the media. And while their activities are sometimes criticized, there is no doubt that they can be effective in achieving their goals.

What are shadow diplomats, and what do they do?

Shadow diplomats are a relatively new form of diplomacy gaining momentum in the international setting. Shadow diplomacy relies heavily on complete diplomatic immunity; individuals operating in these capacities have total impunity to work without the critical eye of government officials.

Unlike traditional diplomats, shadow diplomats are non-state actors often tasked with enacting change in conflict-laden and politically sensitive contexts. They have a unique ability to access information due to their identity and relationships across multiple contexts and can thus act as vital conduits of information between hostile groups.

Shadow diplomats’ roles often focus on creating understanding, offering advice, and engaging in negotiation, where more traditional attempts would fail. As such, they serve an invaluable role in creating pathways for peace where once there were divisions and hostility.

Why is the world of diplomacy so secretive?

Diplomacy is a complex field of work, requiring those involved to work in the shadows to conduct the business of international relations. Doing this successfully and safely requires much confidential work, which explains why a diplomat’s job is so secretive.

As with any negotiations conducted privately, discretion and confidentiality must be maintained to ensure successful outcomes. This veil of secrecy also means governments can access valuable information about their counterparts without exposing sensitive data or undermining delicate diplomatic channels.

Therefore, diplomacy and its work must remain very secretive from the public eye if it will continue and be effective.

Who are some of the most famous shadow diplomats in history?

Throughout history, criminals have sometimes become important shadow diplomats. Examples include Elorio González, a long-time leader of La Familia Michoacana drug cartel in Mexico, and “Queen of the Pacific” Sandra Ávila Beltrán. While their diplomatic expertise largely emerged out of necessity rather than ambition, González and Ávila Beltrán successfully engaged independent actors to protect their criminal activities.

They often played multiple sides against one another while using diplomacy to keep all parties with interests at the table so that they could benefit from a negotiated outcome. This type of “shadow diplomacy” has undeniably impacted international relations in the past and, in some cases, continues to this day.

Shadow diplomats have posed a threat for decades.

Shadow diplomats have been an enduring source of espionage and national security threats for decades. Criminal elements have posed as shadow diplomats, taking advantage of the air of diplomatic protection to do business behind the scenes and profit from their actions.

This can include illegal arms trading, drug trafficking, or diverting funds from offshore accounts to the detriment of a nation’s economy and welfare. In many countries, steps are being taken to limit access and verify credentials more thoroughly to mitigate these threats, but they remain a real danger to all nations worldwide.

How did they operate in the shadows, and what were their biggest successes or failures?

While rogue diplomacy has been practiced since ancient times, some of its most well-known modern-day examples include Germany’s Heinz Katz during WWII and the United States Henry Kissinger during the Cold War. These rogue diplomats utilized deception, bribery, and covert methods to achieve their objectives, resulting in both successes and failures.

Their accomplishments included reuniting China with the West at the Sino-American Ambassadorial Talks in 1972 and securing agreements that contributed to peace between India and Pakistan in 1971.

However, rogue diplomacy efforts had also failed disastrously—for instance, when rogue Venezuelan diplomat Juan Mendoza attempted to prevent Ecuador from joining forces with a rival South American country during negotiations in 1845, he only ended up further polarizing matters due to his covert maneuverings.

Despite its mysterious nature, rogue diplomacy has allowed governments worldwide to make decisions under a veil of secrecy, often netting triumphant successes and colossal blunders.

Are there any modern-day shadow diplomats that we know about today?

Shadow diplomacy has been commonplace throughout history, with fugitive criminal shadow diplomats often hiding in plain sight in foreign countries. In essence, it is a form of international diplomacy conducted without the knowledge or consent of the government in question.

Today, this form of diplomacy has largely been supplanted by digital communication and long-distance negotiation. While it is rare to find cases of fugitive criminal shadow diplomats today, there are still incidents where individuals take on diplomatic roles without official sanction.

These rogue diplomats are usually motivated by idealistic goals related to freedom and justice that the mainstream government will not support. Such activities can be hazardous for those involved and should only be undertaken with significant consideration and caution.

What can we learn from the world of shadow diplomacy, and how can it be used by criminals to escape justice?

The shadow diplomacy world is highly intricate and dangerous, as criminals have been known to exploit specific international legal systems to evade justice. In particular, criminals may often use the services of honorary consuls to achieve their goals.

By obtaining diplomatic immunity or similar protection from a foreign nation, criminals believe they can outwit justice by claiming a false identity or country. As such, criminals can manipulate shadow diplomacy to escape justice while retaining their wealth and power.

It is essential to be aware of this phenomenon so that governments can adequately address and stop any attempts at illicit activities using the guise of diplomatic privileges.

Diplomacy is a complex and often secretive world, and shadow diplomats are the ones who operate in the shadows to get things done. They are experts at using back channels and influencing people behind the scenes. While they can be very successful, they risk failure if their activities are discovered.

Some famous secret shadow diplomats have existed in history, and some may even be operating today. We can learn from their successes and failures and use these techniques in our lives. If you want to learn more about shadow diplomacy or how it can be used, contact the professionals at Amicus International.