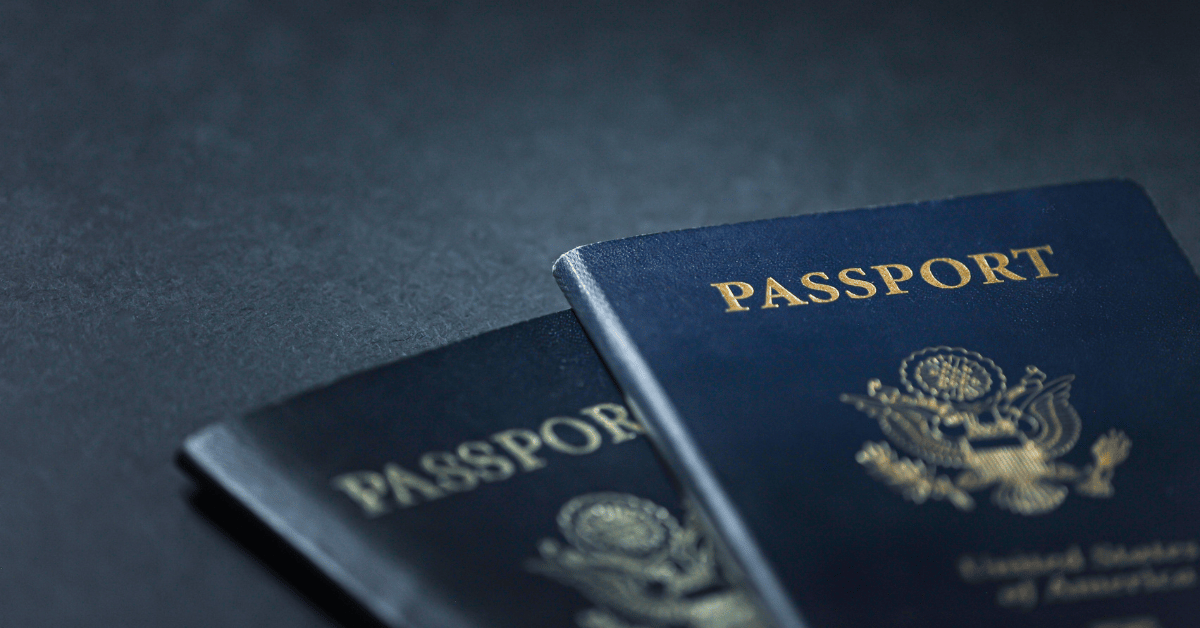 Passports adhere to a few security and aesthetic standards set forth by ICAO on a global scale. This 191-member U.N. organization ensures that all nations’ aviation policies and laws remain uniformly applied worldwide.

All passports must comply with a minimum number of features that address three security concerns. All these booklets must also comply with a 2015 requirement that made all handwritten documents obsolete: they must all be machine readable. Additionally, 135 countries’ passports have chips with important information embedded in them, though this is not required.

According to Kefauver, interoperability is key to allowing Singapore to use a French document. Furthermore, the passport must have enough security features to give authorities confidence in the owner on both sides of a border.

Not just for show, those holograms serve a purpose.

Let’s say you closely examine an Australian passport. Then you’ll see several pairs of holographic kangaroos that, as you tilt the page, seem to float and “dance.” Others include strategically placed psychedelic holograms of symbols like buildings, maps, and other characters.

One such safeguard included holograms, which are well-known in the anti-counterfeiting sector. Holograms were created in the 1940s, but they were used in the 1980s when the United Nations added one. The United Arab Emirates was the first country to use the technology. It introduced an all-over transparent hologram on its passport in the 1990s before other nations quickly adopted it.

Besides that, nations can select from a selection of additional features:
• Watermarks
Invisible ink and unique page materials
• Passport pages that contain minute threads with secret messages.
What is used is determined by the nation, its priorities, and its financial restrictions. Not at the borders, but rather within them, is where protection begins.
However, nations must at least include various attributes to comply with the ICAO’s three levels of security standards.

Features like the hologram are examples of first-level features where anything out of the ordinary must be immediately apparent. The second requires a method for writing data into, for example, a passport photo that might be invisible to the naked eye.

Kefauver claims that if you carefully examine the U.S. passport’s pages, you might find a mylar strip, a plastic thread, with a message written on it.) The third set of “covert” features gives inspectors more assurance when looking at a suspicious document, but Kefauver declined to elaborate on them.

The design of passports prevents tampering with them. As Kefauver puts it, making connections between the document and the user was the “missing link” at that time. That is where machine readability—a technology created and applied to passports beginning in the 1980s—came into play.

The ICAO mandated in 2015 that all tickets be machine-readable, which explains the two lines of mysterious code at the bottom of every passport’s bio-page. This code contains several algorithms and secret data that enable a computer to evaluate a passport’s validity and identify tampering. This requirement was made to do away with handwritten travel documents.

In Kefauver’s opinion, machine readability was the most crucial turning point in the development of the passport. According to him, the capability of [machine-readable travel document] was the innovation that propelled the passport into a new realm. The passport is also being digitally updated. Therefore, images are printed into the page to deter further counterfeits rather than being adhered to the document.

Making the passport even smarter

U.S. citizens have been alerted to upcoming changes to their passports. They are encouraged to renew early due to a potential backlog of applications.

Kefauver acknowledges that counterfeiting still exists despite all the security features already built into the passport. Adding a chip containing your biographical data and some biometrics is the most significant change for people with older passports that date back before 2009.

A country’s use of these biometrics may involve behavioural traits and measurements of a person’s physical characteristics, such as information about their fingerprints or irises.
Nearly 90% of passports worldwide, as of right now, claims Kefauver, have a chip inside.

Due to the time and money required to implement it, which may be beyond the means of some nations, ICAO still needs to make it a requirement. The security of the data stored on the chips caused concern when they were first introduced.

Data theft through “skimming” (similar to how credit card information can be stolen) or “eavesdropping,” which involves intercepting data as it is being read, was foreseen by critics. He claims they are omitting one crucial detail: using stolen data is equivalent to trying to board a plane with just a copy of someone else’s passport.

Theft of passports has been reported in connection with terrorist attacks and downed aircraft in recent years, proving that they are not entirely secure. Kefauver asserts that today, criminal activity is more about faking an identity than forging a passport.

The author claims that document fraud, historically identity fraud, is changing as criminals realize it is difficult to tamper with passports. As a result, defence begins internally, not at the borders.

He continues that the passport has been referred to as the most secure document in the modern world, but “all of those safeguards have evolved over the years. “That doesn’t mean it’s perfect, absolute, or that there aren’t flaws, and it doesn’t mean there isn’t a tremendous amount of work that needs to be done,” the author says.