Six critical steps to take in a PR crisis 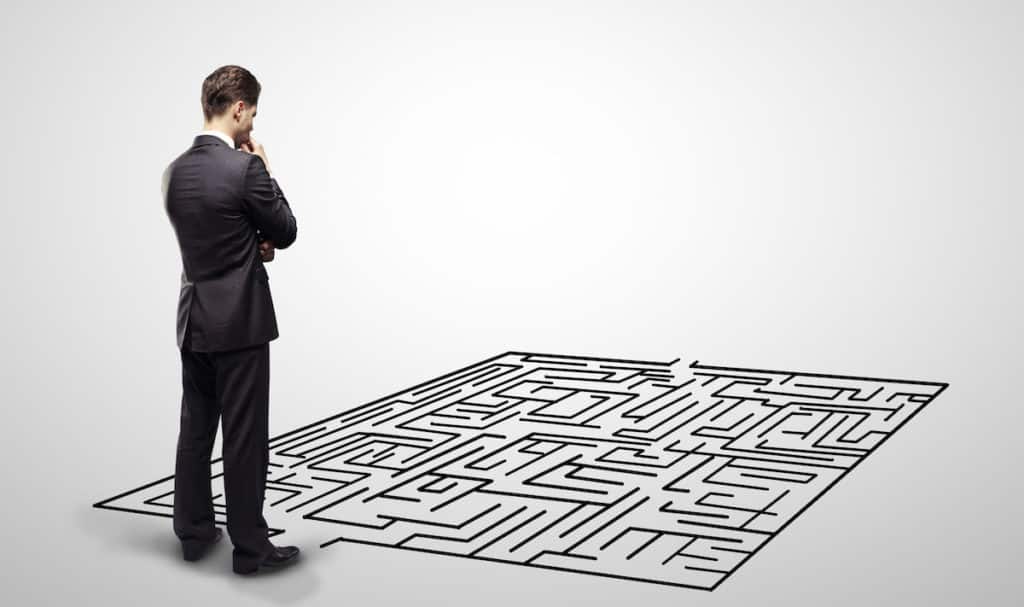 A public relations disaster can be challenging. Following these six critical steps can help your company recover from a PR crisis.

When bad events or reviews significantly influence your brand’s reputation, you have a PR. crisis. Bad press will happen at some point. How your organization responds will determine how damaging the impact is.

These six pointers will help you handle a public relations crisis, limit brand damage, and emerge unscathed on the other side. This post is for small business owners who want to improve and maintain their brand image.

Accidents do occur. Problems arise. Your company will never be completely immune from damaging events that could harm your consumer relationships. What matters is that you know how to deal with these issues when they arise, so you can limit the damage and guarantee your company survives the public relations storm.

What is a PR crisis?

At some point, most businesses will encounter a public relations problem. A negative occurrence can significantly impact a company’s reputation, ranging from a succession of unfavorable reviews to a catastrophic executive scandal. No one wants you to be perfect, but they expect you to be human – and how you handle such situations demonstrates this.

A  PR. crisis occurs when a negative occurrence or review about your company acquires traction in the media. It could result from a bad company practice, a customer mishap at your location, or a problem with your employees.

Public relations crises are significant because they can tarnish your small business’s image in the eyes of your customers.

What’s more important to remember about public relations disasters is that you can’t always predict how they’ll turn out. While you may use some tactics to limit the damage, once the information is out there, your company will have to roll with the punches and do everything possible to turn a bad situation around.

An example of a public relations issue

Two of America’s most well-known firms, Facebook and Uber, have had public relations issues.

Facebook had to cope with Cambridge Analytica data privacy issues, which may have influenced the 2016 US Presidential Election. Internal problems such as sexual harassment and toxic work cultures plagued Uber. Each organization made mistakes that small businesses can learn from in both circumstances.

These organizations, for example, did their best to acknowledge the problem. Such as when Facebook said: “something happened” rather than “something was done” (by them). Or when Uber attempted to ease the way by “moving in a new direction,” as if the problem could be solved that easily.

With these apologies, sincerity is a big problem, mainly when some harm is deeply based on discriminatory ideas and illegal acts.

At times, it appears that all these businesses are doing is pushing the problem under the rug and hoping that society forgets about it.

The main message is that a public relations crisis can jeopardize your brand’s reputation and can happen to any organization. The greatest approach to answer is with sincerity and genuine compassion.

What impact does a PR crisis have on your company?

While the impact of a public relations disaster may appear intangible at first, it will have a long-term effect on your firm. Customers and clients want to do business with companies they can trust. That trust is jeopardized when your company gets caught in a public relations storm.

While the problem may appear minor initially, if the PR crisis is not handled effectively, it can quickly escalate into a huge problem.

Facebook is an excellent illustration of this. The Cambridge Analytica scandal altered Americans’ perceptions of Facebook. While Facebook is still used by more than half of American teenagers, it no longer dominates the young social media environment.

While other technologies and platforms may have contributed to this shift, Facebook’s data privacy concerns will significantly impact the company’s future relationships with new and existing customers.

Takeaway: Public relations disasters can significantly influence your ability to conduct business. To survive and recover a brand’s reputation, it’s critical to keep the impact of a PR disaster to a minimum.

How to Handle a Public Relations Crisis

Every company should have a crisis communications team and plan in place. Business News Daily sought experts for advice on what to do – and what not to do – if your firm is facing a public relations crisis. Here are six suggestions for surviving the hurricane.

Before a crisis occurs, your company should already have a reaction team. During a scandal, though, you’ll want to swiftly assemble a reaction team to ensure that the correct people are speaking on behalf of your organization.”

The organization must react quickly and communicate with one voice, which is tough to achieve when numerous people speak on its behalf,” said Evan Nierman, Red Banyan’s creator.

According to him, the most effective teams include in-house employees with inside knowledge of the organization and outsider experts who can assess the situation from a journalistic standpoint.

2. Come up with a strategy and brief your team on it.

The appropriate management of your crisis communications activities requires following protocol. Each member of your response team should understand their responsibilities and know whether to take a proactive or reactive strategy in their media coverage of the disaster, according to Sabina Gault, CEO of Konnect Public Relations.

“Whatever the goal is, the corporation must transmit protocol to everyone who could be solicited to speak on their behalf,” Gault added.

“This entails alerting all employees, stakeholders, board members, and others about who will be engaging with the media and how any inquiries should be directed.”

This will prevent the corporation from having to justify any unofficial corporate officials’ comments later.”

You and your team should agree on how you will structure your reaction once you’ve gathered all the facts regarding the occurrence.

Consider the most transparent method to address the matter and what your organization has done or will do in response — without blaming others.

“The greatest way to handle a crisis is to be transparent and honest with your audience,” said Joe Culotta. The Hispanic Leadership Fund’s communications manager. “The sooner you apologize and accept your error, the sooner you will be forgiven.”

If you deal with the matter quickly, people will quit bashing you on social media.”Culotta cited Starbucks’ recent issue as an example of what to do. Apologize straight after, accept responsibility for the incident, and state unequivocally that it will not happen again. “If the firm has a huge social media following, make it more personal by having the company’s president or CEO apologize for their error,” he advised.  “The more visually appealing you can be, the better.”

However, in some cases, according to Bill Pinkel, account director at Reputation Management, it may be wiser not to issue a statement.

It’s critical to be patient while remaining receptive and refrain from making too many pronouncements.” In many cases, it is preferable to say nothing in the face of a catastrophe,” he remarked.

“An apology will not slow down the fallout from a story in legal scenarios when an apology is an admission of guilt.” A news release can flood the internet with content on the crisis topic, signaling to search engines that it is a popular topic [and] making it more challenging to clean up a company’s online reputation.”

Employees, stakeholders, business partners, customers, and the media are among those who need to be informed about the situation and impending PR.crisis.  Gault pointed out that the target audience will vary depending on the case, but regardless of who receives your message. It has to be delivered on time.

Pinkel recommended sending messages or a press release to well-known and friendly media contacts likely to portray the news positively.

However, because news outlets are quick to report on breaking stories, you should have prepared statements, and press releases ready to go before reporters reach you.

Following a public relations catastrophe, assessing your brand’s image is crucial. You’ll need to watch inbound and outbound conversations to handle follow-up queries or concerns. “When interacting with consumers and partners, extra caution and care are required,” stated Morgan Mathis, vice president of Highwire PR. crisis. It’s also crucial to monitor what people say about your firm on the internet.

According to Reputation Management, an alarming article on the first page of search results can cost a company 22 percent of its revenue. Look for destructive, user-generated content on Google images, online review sites, social media platforms, and your website.”

Understanding what various audiences and stakeholders are saying about a business at any given time is a vital component of good crisis communications,” said George Sopko, vice president of Stanton.

He proposed monitoring tools that can swiftly spot harmful patterns before they become a more significant issue and reach the media. Sopko also suggested keeping a close eye on the company’s brand, crisis keywords, influencers, and competitors.

6. Think about what happened and what you can learn from it.

Nierman recommends performing a post-action review once the PR. crisis has passed. “Take a look at how your management and personnel handled the matter,” he said. “Discuss what may have been done differently and what changes are needed to avoid a recurrence.

“Reputation Management advocated working on regaining your trust after a crisis in an infographic on the subject. Shift the topic to your company’s good news.

The critical takeaway is designing and sticking to a strategy during a public relations disaster. Please take responsibility for the problem and address it honestly. Continue to learn from the situation and implement actionable remedies.

What NOT to do in a PR crisis

Our expert sources advised against the following techniques when developing and executing a media-response strategy.

It’s never a good idea to reply badly or blame the complaint about the problem, Mathis added, even if the opposite party has claimed something incorrect about your firm.” You have to think strategically and put your emotions on hold,” she added.

According to Nierman, the worst thing you can do in a crisis is not have answers to prospective queries. However, there are situations when you cannot give a good solution based on your current knowledge.

While using “no comment” is preferable to making anything up to provide an answer.  (which our sources agreed is never the best option)

it’s simple to see how this phrase can be misinterpreted as an attempt to hide or evade a problem.

If you don’t have enough information to make a solid response. Tell the individual who asked you that you will state once you have more information.

It’s all about timing when dealing with a public relations issue. According to Gault, you don’t want to respond until you have all the data. Later having to backtrack or dispute past statements could harm your reputation even more. Delaying your response time will not help you either.

The news cycle is brief, and the problem will almost probably go away, Mathis told business owners.

A period of “poor” press is usually simply a blip on the road to success. You shouldn’t allow it entirely derail your operations. People will forgive and forget your mistake, but she claims they will remember how you handled yourself during the process.

The main message is to avoid lashing out and blaming people. Respond in a measured, sincere manner to the circumstance. Move forward from experience and take what you’ve learned from it.

Amicus International Consulting can provide an expedited solution to all your concerns by providing a completely new identity. Contact us for a free consultation today.