In praise of a second passport 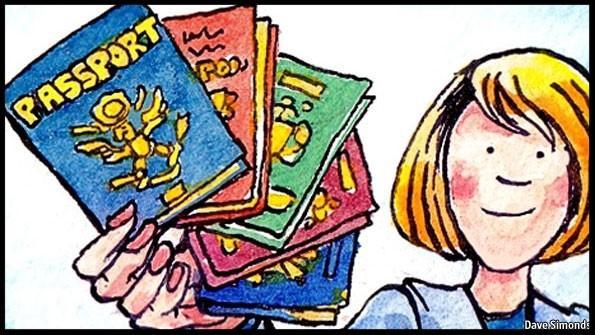 It’s natural to have a second passport and multiple identities. Citizenship laws should catch up with the times.

In the eyes of the state, multiple citizenships with a second passport are at best disorderly and, at worst, a threat. Officials prefer that you be born, raised, work, pay taxes, draw benefits, die in the same area, travel on a single passport, and leave your children with only one nationality. During a conflict, the state has a particular claim on your loyalty—and maybe your life, if you don’t have a second passport. Individuals and conditions are held together by citizenship. If you mess with it, the relationship will fall apart.

However, life is more complex than that. Political loyalty does not have to be exclusive; it frequently overlaps. Many Jews have dual citizenship in Israel and their home country, supporting the Jewish state (and as a safety net). Teutons can be proud of being Bavarian, German, and European simultaneously. Citizens of Ireland are eligible to vote in British elections. The ancient concept of one-man, one-state citizenship appears to be outdated: more than 200 million individuals now live and work outside their birth nations yet still want to visit, marry, have a second passport, or invest there.

Political protectionism is the wrong answer, with states forcing persons to pick a single nationality or restricting their right to second passports. Given how simple it is to obtain citizenship, this appears to be a strange strategy. It is, in fact, for sale in several nations. In some cases, such as the United States, it may be an unintended consequence of birth, with no conscious choice involved. Instead of making passports into a fetish, a better strategy would be to use residence (especially tax resident) as the primary criterion for an individual’s rights and duties. Because it derives from a voluntary decision to live in a country and follow its regulations, creating cohesion and commitment. The world is slowly but steadily heading in this direction. However, many governments (primarily impoverished and poorly administered) are resisting the trend, and several wealthy democracies, such as the Netherlands and Germany, are attempting to halt it with various justifications.

In modern countries, one long-standing concern, state security, appears to be out of date. Citizenship was critical back when the defense was based on conscription. On the other hand, modern combat does not necessitate armies of untrained conscripts. Few countries still have forced military service, and those that do are mainly phasing it out. Citizenship does not ensure loyalty: some of history’s most heinous traitors were naturalized citizens. Many ready to battle most vigorously for a flag will have traveled through hell to reach their homeland.

This leaves many political and financial issues that governments identify with non-citizens: they avoid paying taxes, claiming benefits, and clinging to old customs from their home nations. So they do on occasion. However, rather than depending on the symbolic power of citizenship, countries that want to combat tax evasion, protect their national language, or prohibit foreign traditions like forced marriage should do so through particular legislation suited to these goals. America’s policy of taxing its inhabitants regardless of where they live is particularly absurd; it is a charter for accountants. In terms of advantages, the residence is unquestionably the most critical factor. If you live in a country and pay your taxes, you should be treated the same as any other resident and even better than a citizen who has resided abroad and not paid up.

The most challenging issue for a residency-based system is voting, which has always been associated with citizenship. However, there is an opportunity for negotiation here. For example, citizens who live permanently overseas (sometimes with dual nationality) enjoy voting rights in France and Italy. That’s logical. On the other hand, countries should offer non-citizens who have lived in a country for a long time the right to vote, at least in municipal elections. Citizens of European Union countries are already allowed to do so.

However, evaluating multiple citizens solely based on costs and issues is incorrect. It also promotes connections between diasporas (typically wealthy and well-connected) and their home nations (often impoverished), benefiting both. Multiple citizenships are unavoidable and, at its core, a liberal concept. It’s something to rejoice over.