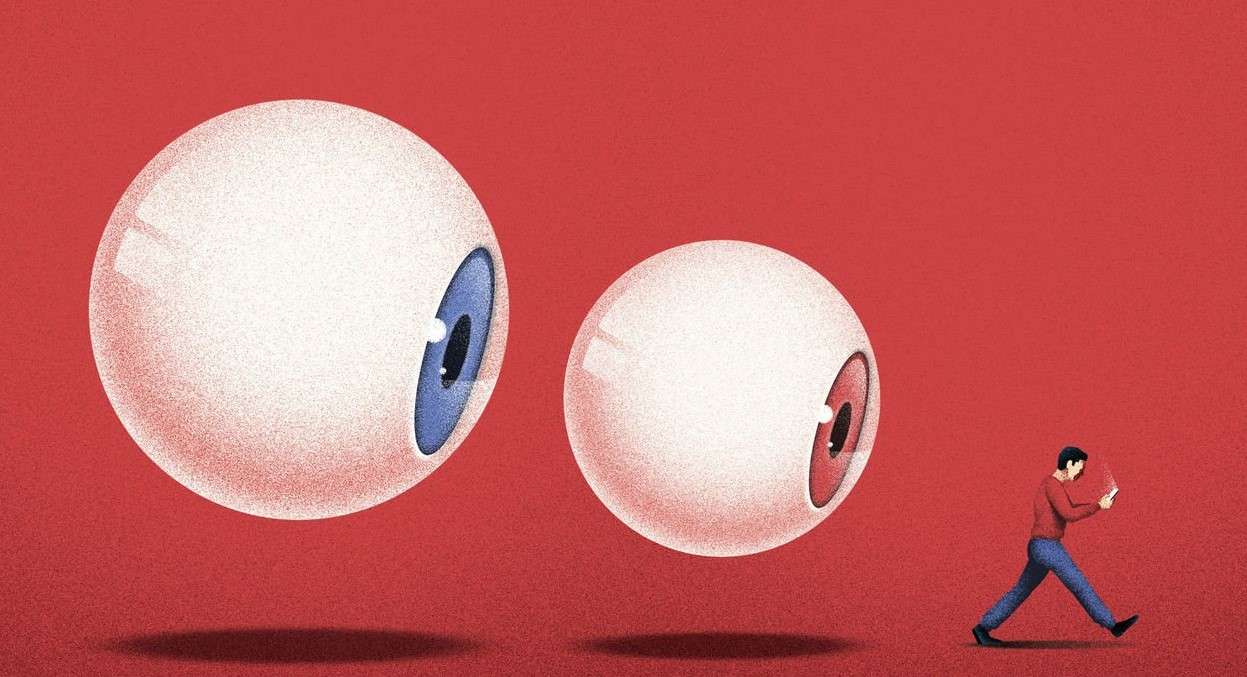 Ever since Edward Snowden leaked detailed documents on how governments worldwide are spying on their citizens, many people have started to ask themselves if it is still possible to change to a new identity.

Our lives over the last two years have changed at an unprecedented speed. We turned from a society where our privacy is respected and cherished into a mass surveillance society. Some people choose to change their identity or create a new identity to protect their privacy.

Virtually everything we do online is being tracked

• Our smartphones are equipped with GPS senders, which government agencies can access to track our movements.

• Most of us have a unique digital footprint online, which again can be used to find more about our lives, where we work, or about families. Everything we talk about, every message we send on our phones, every online purchase we make, and all our social contacts are accessible by the system.

Changing to a new identity or having multiple new identities can be the only solution to protect you from the ruling elite or the system tracking you every step of the way. The disrespect of privacy laws in western countries is a scandal by itself, without anybody seeming to care. However, if we look to the East, we can see where our society might be heading in the future.

China is already using mass surveillance to monitor its citizens and give each citizen a behavioral score.

If you post something critical of the government on Facebook, forget to pay for your speeding ticket.

Your behavioral score could get so low that you would not be allowed to use public transportation. Even in mass surveillance societies like China, it is still possible to change your identity. It might be more challenging, but there are always ways to get around the system.

Security cameras and facial recognition technology are on the rise in China. In 2018, People’s Daily, the media mouthpiece of China’s ruling Communist Party, claimed on English-language Twitter that the country’s facial recognition system could scan the faces of China’s 1.4 billion citizens in just one second even if they have a new identity.

We can only take back our freedom by using a new identity online to make it virtually impossible for the ruling elite or system to track us. Protecting our privacy has never been more critical than now. Some people say I have nothing to hide, so why should I worry if the government tracks everything I do. There have been several reports of Government officials using the data collected through mass surveillance to stalk their ex-girlfriends/ex-wives.

People they wanted to take revenge on, etc.; once the data has been collected and stored, there will always be misused. The issue we don’t know who will get in power in the future; if the wrong people come into force for some reason, we could end up with a Chinese behavioral score system.

On the point system, citizens have in the city of Rongcheng, wherein they get points for good deeds and get docked points for dishonest acts.

It’s really like right out of a picture book. Every citizen in Rongcheng starts with a score of 1,000 points. And then you can work your way up. You can get more points by doing perfect things for society. You can fall. If you have more than 1,050 points, you can be a AAA citizen, and then you become a AA citizen if you fall lower, and C and D. If you’re a D citizen, you’re dishonest, and you have less than 599 points then you are going to need a new identity.

They say they want to create the honest citizen, the trustworthy citizen, and punish the trust breakers. So, for example, you can earn points if you donate blood or bone marrow or give lessons to the neighbor’s children that they need for school. I went to a neighborhood where one lady got five points because she provided one of her basement rooms for the local choir that sang revolutionary songs.

At the same time, you get punished for the things you’re not supposed to do, and you can get penalized for jaywalking. You can get penalized for downloading pirated stuff. You can get punished for letting your dog [poop] on the lawn. So many of these things would be actions that we also consider not good actions and maybe worthy of being punished. But of course, it goes much further, becoming political. And you can also become punished because you endanger the social harmony on the Internet, for example.

On the potential consequences if your score drops too low in the point system.

On how cities will implement public shaming

In Shenzhen, for example, in the south of Shenyang, in the northeast, you have these billboard systems and cameras and artificial intelligence cameras when you jaywalk. Still, already while you are still in the middle of the road, your face appears on the massive billboard for everybody to see. And next to your face, your name appears, your ID number, part of it is [censored]. But the whole point is, “We know who you are. This is you, and you are hurting society this moment right now.” So public shaming is a big part of it.

Whatever will happen next, being prepared by changing your identity or having multiple new identities is the only way to protect your privacy and stay safe. At Amicus International Consulting, we can help you get a New Identity, contact us.