Does the US extradite for PPP loan fraud? 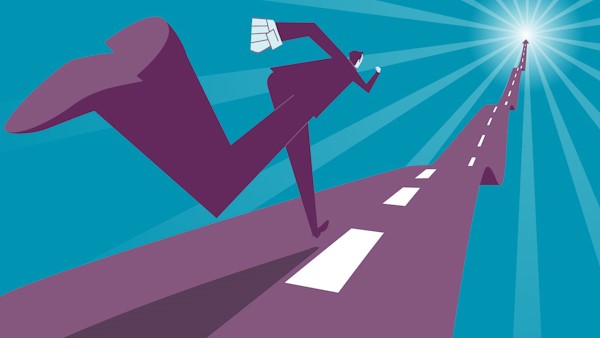 The United States extradites fugitives for many crimes, from money laundering, PPP fraud, kidnapping and murder.

If you’re a criminal on the run, it’s essential to know which crimes the US will extradite you for. Otherwise, you could face justice in a country that doesn’t have your best interests at heart. This blog post will outline some of the most common crimes that result in extradition proceedings in the United States.

In the United States, extradition proceedings often take fugitives abroad accused of serious crimes and bring them here to face justice. Serious crimes such as murder, terrorism, and money laundering can lead to a person being extradited. PPP loan fraud has been causing ripples in the market, and many Americans have turned fugitives due to PPP loan-related offenses. As a result, extradition proceedings are taking place across various states to bring the suspects back home for trial. Each case is unique, and legal proceedings take careful consideration before moving on with the extradition process. Either way, the safety of the public remains paramount when it comes to trying fugitives in court.

In order to be extradited, the crime must have a term of imprisonment in the country where it was committed.

PPP loan fraud is a serious issue with significant financial implications. For those caught committing PPP loan fraud, the consequences of their actions may extend far beyond any penalties associated with the country in which they live. If caught and convicted, fugitives from PPP loan fraud may be subject to extradition if the crime that was committed is considered to have a term of imprisonment in the country where it occurred; otherwise, some countries may not see extradition as a necessary measure for appropriate punishment. It’s vital for business owners and public servants alike to know and understand the legal ramifications of PPP loan fraud to ensure proper procedures are followed to protect both parties’ interests.

The extradition process can be lengthy and complicated, involving multiple agencies and countries.

The extradition process can often take many months, or even years, of investigation, paperwork, and court hearings. It involves a fugitive sought by one country being transferred to the jurisdiction of another to stand trial or serve their sentence. This complicated system can involve multiple countries, i.e., if a fugitive is wanted in both the US and Canada, each must pass documents back and forth and ensure they are pursuing the correct individual. An example of this was seen earlier this year when a man was indicted on PPP loan fraud in the US but had fled to Mexico previously; after being identified with help from Mexican authorities, he was successfully extradited to America, where he has since faced trial. It’s clear that although complicated and often lengthy, the extradition process works effectively when delegations come together for a common cause.

Once an individual is extradited to the US, they will stand trial in a federal court.

Extradition is essential for bringing fugitive criminals to justice in the United States. It occurs when someone who has broken a US law, such as PPP loan fraud, flees the country and must be brought back so they can stand trial in a federal court. Extradition is typically intricate, relying on agreements between the fugitive’s home country and the US government. Furthermore, extradition proceedings sometimes end with success. Still, when they do, it allows these criminals to face prosecution and sentencing for their crimes, which is essential for maintaining justice and public safety.

Suppose you are facing extradition to the US on PPP loan fraud. In that case, it is vital to have experienced legal representation to help you navigate the process.

Being indicted for PPP loan fraud and facing extradition to the United States can be overwhelming and intimidating. It is essential to have experienced legal representation throughout the process so that your rights remain safeguarded and you are aware of all available options. An experienced attorney can help ensure that your case is handled correctly, explain the legalese used by US authorities, lay out any legal options open to you, and guide you toward making informed decisions. Having exceptional legal counsel during extradition proceedings increases the likelihood of a favorable outcome.

The US authorities are on the hunt for fugitives wanted for PPP loan fraud. The two US citizens were recently extradited after committing major financial offenses involving fraudulent PPP loan applications for more than $20 million usd. As a result of the ongoing investigation, many fugitives across the nation have been apprehended. They will be brought to justice for their crimes. It is an important reminder that those who participate in PPP loan fraud will not go unnoticed and will ultimately pay for their actions.

Suppose you are being investigated for or charged with a crime in the United States. In that case, it is crucial to understand that you may be extradited to the US to stand trial. To be eligible for extradition, the alleged crime must be punishable by death or imprisonment in the country where it was committed. The extradition process can be complicated and take months or even years to complete. Once an individual is extradited to the United States, they appear before a federal court and could face severe penalties if convicted. If you are facing extradition, you must have experienced legal representation to help you navigate this complex process.