Countries you can run to become Invisible and start over with a New Identity. 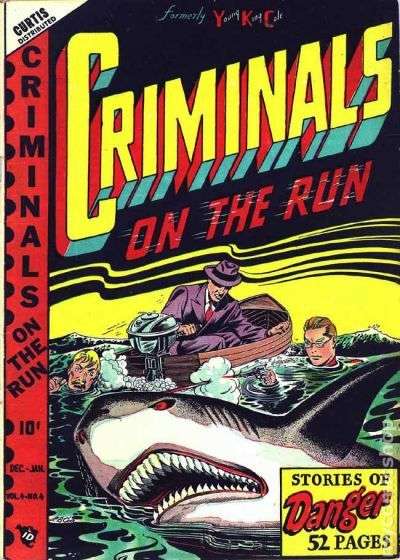 Listed below are some of the most desirable alternatives for a New Identity:

1. The Russian Federation, the People’s Republic of China, and Mongolia

Our list of top countries that do not practice extradition places Russia and China at the top of the list. These are two large nations that are not easily maneuvered against their will. Neither of these countries has an extradition treaty with the United States.

Both parties have a history of having rather “cold” relations with one another, so it is highly unlikely that they will want to cooperate with one another. The case of Edward Snowden, who was able to find asylum in Russia, is one that is well-known for the country’s refusal to extradite him.

Both Russia and China have the potential to be wonderful places to live, not just temporarily but also permanently. They are inexpensive, and due to their enormous size and diversity, they make it possible for you to live any kind of lifestyle that is appropriate for your preferences and finances. Mongolia, which is located between China and Russia, is yet another excellent example of a country that does not practice extradition. The cost of living in Mongolia is low, making it an attractive option for those looking for a place to hide out for a while. This indicates that while you are there, you might even stumble upon some lucrative opportunities for business and investment.

2. Brunei Brunei is among the most prosperous countries on the list of countries that do not have an extradition treaty. The Sultan of Brunei does not listen to anyone’s orders and is irritated by any interference from the outside world. Because the Sultan of Brunei owns all of the land and property on the island as well as all of the wealth that is located there, Brunei is not what you would call a constitutional democracy. On the other hand, if you are able to look past these drawbacks and behave appropriately in accordance with the established social norms, you might discover that it is a satisfactory location to reside in for a while.

3. The States Located on the Gulf of Oman The Gulf States comprise yet another group of wealthy nations that have no extradition treaties in place. These countries are Kuwait, Oman, Qatar, Saudi Arabia, and the United Arab Emirates (UAE). However, some of these states have made it abundantly clear that they do not want to be safe havens for fugitives. As a result, it is best to proceed with extreme caution in these jurisdictions. You might not be interested in living according to the type of local culture that is prevalent in these Middle Eastern countries; however, cities like Dubai are home to large international communities and provide luxurious and comfortable lifestyles. Jordan and Lebanon are two more countries in the Middle East that do not have any extradition treaties.

4. Montenegro It’s possible that the tiny Balkan nation of Montenegro is the most stunning and one-of-a-kind country on this entire list. It gives nomads with a New Identity, travelers, and even fugitives access to a wonderful lifestyle as well as excellent investment opportunities. Montenegro does not have an extradition treaty with the United States, in contrast to its neighbors, which are named Serbia and Croatia. It is also not a member of the EU, which means that its citizens enjoy a certain degree of privacy as a result.

5. The Eastern European countries of Ukraine and Moldova These two rapidly developing Eastern European nations might not have been at the top of your list initially. On the other hand, both of these economies present advantageous opportunities for financial investments. In addition, Ukraine is a good jurisdiction for offshore banking. Most importantly, neither of these countries has an extradition treaty with the United States.

6. The Southeast Asian countries of Vietnam, Cambodia, and Laos In South-East Asia, the countries of Vietnam, Cambodia, and Laos are popular destinations for expatriates because they do not have extradition treaties. Vietnam and Cambodia are two countries that are seeing a surge in tourism and business travel. You can live a lifestyle that is both high in quality and affordable here, and you will be made to feel very welcome. In addition, there are many opportunities for business that are available to you.

7. Island Countries Including the Maldives, Vanuatu, and Indonesia You need not look any further than Indonesia, Vanuatu, or the Maldives if your top priority is to find security on a breathtaking island. Since none of them have extradition treaties, they are the perfect locations for those looking for a safe haven as well as a high quality of life and lucrative business opportunities. Because Vanuatu is a tax-free jurisdiction and offers interesting citizenship by investment program, it is possible for you to become a fully-fledged citizen of Vanuatu while you are visiting the country. The Maldives is home to some of the world’s most breathtaking beaches and clearest waters, and it also features lucrative real estate investment opportunities. Indonesia, which contains the well-known island of Bali, is a favorite destination of expatriates and has an economy that is expanding at a very rapid rate.

8. Africa: Ethiopia, Botswana, And Tunisia If you are feeling more daring and would rather travel to Africa instead, then Ethiopia, Botswana, and Tunisia are three good options to consider because they do not have any extradition treaties in place. Both Ethiopia and Botswana have established themselves as two of the most prosperous economies on the African continent. Those individuals who are interested in entering developing markets can utilize their escape as an opportunity to investigate these promising locations. Tunisia, a country in North Africa, is home to an additional burgeoning economy in Africa and is also a stunning beach destination for those who favor the climate of the Mediterranean.

Difference Between Not Extraditing Someone and Not Having an Extradition Treaty As was mentioned earlier, there is a distinction between not being extradited and being in a country that does not have an extradition treaty with your country. Zimbabwe, Venezuela, Bolivia, Ecuador, Nicaragua, Iceland, and Switzerland are some examples of countries that currently have extradition treaties but have in the past refused to extradite individuals.

There have also been cases in which countries have extradited fugitives even when they did not have an extradition treaty in place, such as in the cases of Spain and Yemen. There is no assurance that this will occur. Countries such as Brazil, Venezuela, and Cuba are examples of those that will never under any circumstances extradite one of their own citizens. As a matter of fact, Brazil is one of the places in the world where it is among the simplest to acquire citizenship through the process of naturalization; therefore, this is probably something else that should be taken into consideration.

As soon as you have a comprehensive list, you can select your ideal location from that list based on the requirements of the situation as well as your own personal preferences. Even though there is no such thing as guaranteed safety, even with a New Identity, you will have a much better chance of survival if the country to which you flee does not have an extradition treaty with your home country and does not have a history of carrying out ad hoc extraditions. * Disclaimer: The information presented here is for educational purposes only; it is not intended to be taken as legal advice, nor do we recommend engaging in behavior that would be against the law.