Can A Fugitive Remain On The Run Forever? 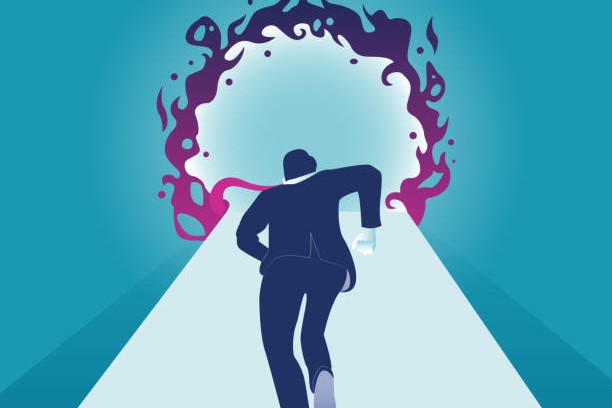 Maybe not, unless they followed the five P’s. giving them a chance to remain a fugitive on the run.

Many factors can make it difficult or impossible for someone to evade capture indefinitely.

For example, fugitives often make mistakes and leave behind evidence that allows law enforcement to track them down. Additionally, other people may be involved in helping the offender and could turn them in or give away their location. Finally, even if they manage to elude capture for a long time, fugitives will eventually begin to show signs of stress and fatigue as they continue living on the run in hiding.

On the run,but for how long?

Ultimately, while some fugitives can remain on the run for years or even decades without being caught, most eventually get caught because of one of these factors. While it may be possible for a fugitive to live in hiding for an extended period, it is unlikely that they will ever be able to escape their past completely undetected.

The odds of a successful escape are in a fugitive’s favour, although it may require creativity and foresight. To successfully avoid capture, one must plan and create a new mode of living and a new identity. A unique appearance is crucial, as even the slightest physical change can help elude recognition.

In addition to new attire, new paperwork and alternate forms of identification will help a fugitive navigate through public areas without raising suspicion. Lastly, relocation requires knowledge of places off the beaten path to hide. Nevertheless, while it takes preparation and planning to escape detection, it is entirely possible with a few simple steps. Ultimately, the fugitive’s best chance for success lies in their ability to outsmart those chasing them.

The best way to avoid being discovered is to create a new identity. This new identity should be different enough that it will only alert people if they search for someone with the same name or background, yet similar enough that it’s easy to remember.

It might help to develop new aliases and get out of familiar places, as this would make it hard for those searching to find any trace of the new identity. Furthermore, cyber security protocols such as using a VPN whenever online and taking measures like using non-traceable payments are paramount—the less one leaves behind in terms of digital evidence, the better chance one has at evading discovery.

Finally, a fugitive needs to make sure they get out of tight areas and stay on their toes—if someone from their past suddenly appears or new leads start popping up, it’s crucial to have backup plans in place. In short, a fugitive needs to be resourceful and vigilant at all times to evade capture. Ultimately, with some creativity and planning ahead, anyone can escape detection and successfully disappear into hiding.

Jack Shephard: Fugitive on the run

The mystery of Jack Shepherd’s disappearance appears to be deepening. In July 2018, Shepherd was convicted and sentenced for gross negligence manslaughter for the death of his passenger Charlotte Brown in a speedboat crash on the River Thames in London. Despite the verdict, he never showed up to serve his prison sentence and has been on the run ever since.

Whatever happened since then remains a mystery. Questions abound about how Shepherd managed to avoid capture for so long and how he evaded justice. There have been a few reported sightings of him over the last two years, but authorities have yet to track him down. It remains an enigma why Shepherd chose to flee when facing a relatively short prison term.

While it is unclear precisely what tactics Shepherd has employed to avoid detection for so long, some theories suggest that he may have used fake identification or altered his appearance to evade capture. Others speculate that he may be hiding somewhere off the beaten path, relying on a network of contacts and associates to help him stay one step ahead. Whatever his strategy is, it is working for him as he continues to elude authorities and remain a fugitive from justice.

However, with each passing day that he remains at large, the likelihood of being caught only increases. It will only be a matter of time before Shepherd’s luck runs out and the law finally catches up with him. This fugitive will continue to elude the authorities and remain at large.

When a fugitive is trying to escape the country, law enforcement officials must take swift and precise steps to prevent them from doing so. To protect national borders and the security of citizens, customs agents and border patrol are vigilant in identifying potential fugitives and preventing them from leaving the country.

Additionally, local police forces and Interpol work together to identify anyone with an outstanding warrant, especially at airports where international fugitives are likely to attempt an escape. Using these strategies and procedures, officials can successfully protect against criminals crossing international boundaries.

Specific steps can be taken to help individuals stay hidden and evade detection to prevent fugitive escapes. For instance, it is crucial to have a new identity in place before fleeing the country, as this will allow you to establish a new life without anyone from the past being able to track you down.

Additionally, taking measures like using a VPN whenever online and securing personal information from potential leaks is crucial. Finally, fugitives should avoid remaining in familiar areas or contacting people who may recognize them, as these are common ways for law enforcement officials to identify someone on the run.

In short, with careful planning and creativity, anyone can successfully escape detection and disappear into hiding by avoiding key pitfalls and evading capture. So if you’re ever on the run, remember these tips, and you can successfully get away from those who are after you.

Shane O’Brien has been seen as a failure of police work due to the facts surrounding his case. O’Brien was wanted for the murder of 21-year-old Josh Hanson, and his fake identity allowed him to evade capture for over ten years. Numerous tips were reportedly given to Interpol. However, the police could not track down the phony name he was using at the time.

They, therefore, remained failed to arrest him promptly. Although O’Brien can now face prosecution, his ability to stay hidden through an assumed identity is yet another indicator of how criminals can use fake identities to their advantage.

To avoid becoming the next fugitive on Interpol’s most wanted list, taking precautions to protect your identity is crucial.

Additionally, fugitives should always be aware of who they associate with, which could lead to undoing. So whether you’re running from the law or trying to stay under the radar in general, remember these tips and keep yourself safe from anyone looking to uncover your secrets. By following these tips, you can reduce the chances that someone will be able to track you down and discover your true identity.

Using a fake identity is a common strategy for someone trying to escape the law. However, it’s essential to recognize that this approach can only be temporary and will eventually lead to being caught. Those with fake identities typically find themselves out of luck quickly due to the nature of digital technology, which allows law enforcement to track an individual across multiple platforms.

As a result, those using fake identities often risk being apprehended much earlier than expected. Furthermore, fake identities attract suspicion as people become increasingly aware that criminals might resort to such measures when on the run.

Suppose you’re considering fleeing the country using a fake identity. In that case, there are several steps that you can take to help increase your chances of success. For example, it is essential to thoroughly plan out any new identities and ensure that they avoid raising any red flags with law enforcement officials.

Additionally, fugitives should carefully research their destination and ensure that it has strong privacy laws to prevent their information from being shared with government agencies.

Finally, individuals on the run should be cautious about revealing personal details or discussing their situation online, as this could potentially lead to their being discovered by the authorities.

Following these tips and keeping a low profile can significantly improve your odds of successfully escaping detection and avoiding capture. So if you’re looking to escape the law and start a new life, be smart about your approach, and you might get away with it.