How To Buy a New Identity and a Passport with Bitcoin 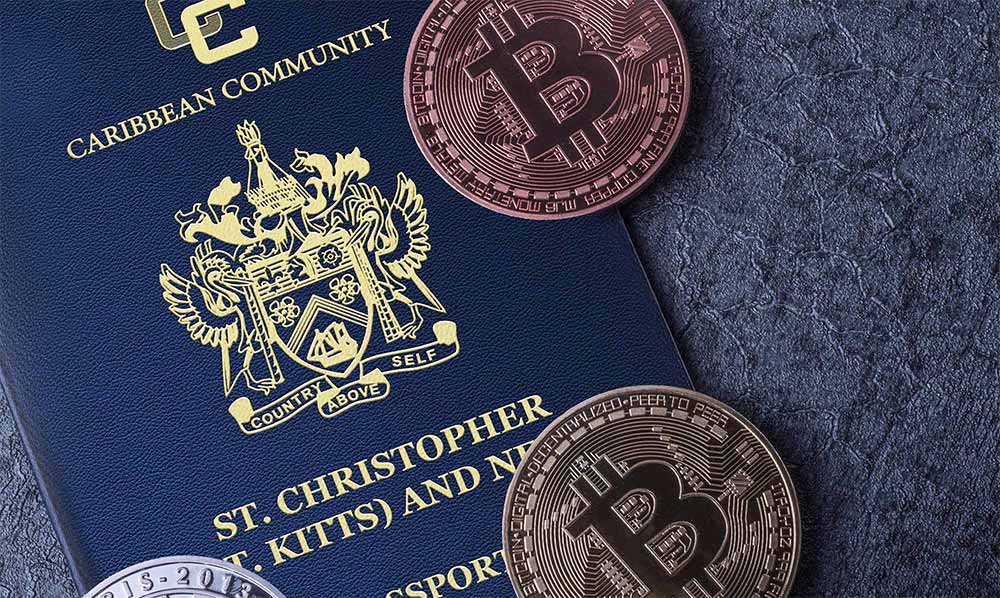 Have you ever given any thought to becoming a citizen of another country or even renouncing your primary passport and securing a new identity using Bitcoin?

Wouldn’t it be tempting if you could carry out such a strategy without being required to pay taxes and if you could do it in complete secrecy with a new identity and using Bitcoin that has increased in value?

It would appear that way, according to Amicus International. Clients who already have cryptocurrency in their possession can use it to buy a second passport and new identity through the services provided by the company. Customers have the option of selecting their tax haven of choice from among the following seven countries: Antigua and Barbuda, Dominica, Grenada, Nevis, St. Kitts, Portugal, St. Lucia, and Vanuatu.

It is not a coincidence that crypto assets are free from the tax on capital gains in some countries. There is additional information available regarding the new identity the Plan B Passport and Americans Seeking Bitcoin Tax Relief. You are participating in a legal program that not only allows you to have a new identity but a second passport. You are free to maintain your passport issued by the United States of America, or you can surrender it if you like. The idea that you would pay specific fees in addition to a donation of either $100,000 or $150,000 to the country’s sustainable growth fund is one of the most critical aspects of the arrangement.

Remember that the majority of cryptocurrency transfers are taxable unless the transfer qualifies as a gift or a contribution to a charity organization. If you plan to pay for this with cryptocurrency, keep this in mind. It is not entirely apparent in this instance if this is a genuine donation or rather an attempt to purchase citizenship. In the second scenario, it is reasonable to assume that the IRS will state that paying for the purchase with a popular cryptocurrency will result in the imposition of US taxes.

Keep in mind that the Internal Revenue Service is always looking for people who don’t pay a significant amount of bitcoin taxes. It would be convenient to have a second passport, but what about persons who give up their US citizenship but are still required to pay US taxes? Ironically, this could lead to additional taxes in the form of the US Exit Tax. To get out, you need to show that you have complied with the IRS’s tax requirements for the past five years.

However, getting into IRS compliance may be both expensive and stressful. You may be required to pay an exit tax if you have a net worth that is larger than $2 million or if your average yearly net income tax for the five years before the current one was $171,000 or more. This is a tax on capital gains, and the calculation is done as if you had sold the property when you moved out. If long-term resident gives up their green card, they may also be compelled to pay the exit tax when they leave the country.

Sometimes the tax can be reduced or eliminated entirely by proper planning, gifts, separate tax returns filed by married couples, and appraisals. However, make sure to properly plan and calculate the figures because the potential for tax liability is always present, even for those who are able to avoid the tax.

The United States charges a fee of $2,350 to hand out a passport, which is more than twenty times higher than the rate that is typical for other high-income countries. This results in a more manageable administrative expense. As a result of there having been a fee of $450 for renouncers and there having been no fee for renouncers in the past, the United States increased the waiver fee by a factor of 422%. There is now a cost of $2,350 for each direction. According to the State Department, the increase in fees is due to the increased amount of paperwork and applications required.

People who normally live outside of the United States may decide to stop smoking due to familial, tax, or legal issues, which are common reasons for stopping. There is an official list that is updated and published every three months, and the names added for the final quarter of 2020 brought the yearly total to 6,707, which is a 237 percent rise from 2019.

In point of fact, the year 2020 broke the previous record for the number of people who had surrendered their citizenship in the United States or handed in their long-term green cards. It might not seem like much, but many people believe that the actual number of people living abroad is substantially larger, and a significant portion of them are reportedly not counted.

Americans who have left the workforce are actively pursued by the Internal Revenue Service and the Federal Bureau of Investigation. Some former citizens of the United States explain in writing why they gave up their citizenship and acquired a new identity, but financial factors are frequently a factor in the decision. For a very long time, ex-pats have been requesting tax reductions. The Foreign Account Tax Compliance Act (FATCA) is throwing gasoline on an already raging fire. The Foreign Account Tax Compliance Act (FATCA) was enacted in 2010, and it mandates the filing of Form 8938 annually if your foreign assets are above a certain threshold.

The Foreign Account Tax Compliance Act (FATCA) has created a reporting network that is unique, and it mandates that foreign banks and governments submit depositor bank details. If they don’t, banks and financial institutions around the world that are not based in the United States will be subject to severe penalties. Because of worldwide tax reporting and FATCA, several countries waive it. This infographic demonstrates why holding dual nationalities is not always feasible.

Compliance with and disclosure of US global income tax regulations can be a burden, particularly for US citizens and residents living outside the country. In general, Americans who live and work outside the United States are required to file tax returns and pay taxes in the country in which they reside.

However, they are also required to continue to submit their taxes in the United States, which requires them to record their income from elsewhere in the globe. A foreign tax credit does not always get rid of the problem of being taxed twice. Then there is something called an FBAR, which stands for yearly reporting on accounts held in foreign banks.

They are open to the possibility of extremely severe civil and possibly even criminal sanctions. It’s possible for civil penalties to wipe out an entire account’s worth of funds. Ironically, even leaving the United States of America can be expensive.

Amicus International Consulting can provide an expedited solution to all your concerns by providing an entirely new identity, contact us today for a free consultation.