All You Need to Know About Diplomatic Passports in 2023 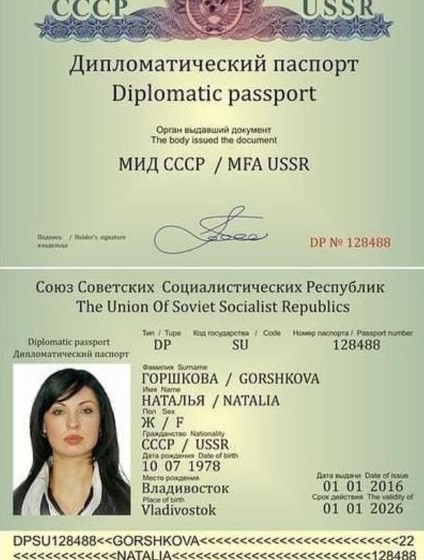 A diplomatic passport is a type of passport that is issued to diplomats and their families.

It allows them to travel freely and gives them certain privileges and immunities. In this blog post, we will discuss what diplomatic passports are, who can get them, and the benefits they offer. We will also examine some restrictions applicable to diplomatic passport holders.

A diplomatic passport may sound like a tempting way to escape justice if you’re on the run from the law. But what exactly is a diplomatic passport? And can it help you evade capture? Here’s everything you need to know about this type of travel document.

What is the difference between a regular passport and a diplomatic passport?

A diplomatic passport is different from a regular passport in several ways. A country issues it to its diplomatic agents and their families, who are granted immunity from prosecution within the host countries to which they travel.

Diplomatic passports generally feature multiple pages with more country visa endorsements than their regular counterparts, allowing for greater traveling flexibility and immunity from various laws when needed. Unlike ordinary passports, which usually have an expiration date of five or ten years, diplomatic passports can remain valid indefinitely as long as they are renewed.

What is a diplomatic passport, and who can get one?

A diplomatic passport is an expensive document that only high-ranking members of foreign embassies and international organizations are entitled to possess. It allows its holder complete diplomatic immunity no matter where they may be, allowing them to freely pass through customs control and other legal procedures with ease.

While anyone can theoretically apply for a diplomatic passport, few individuals are accepted as their eligibility standards are stringent. Most people who have these documents are governors, state ministers, or other high-ranking politicians.

The benefits of having a diplomatic passport

A  passport is a unique travel document issued to specific individuals who work in government and international institutions or are foreign diplomats. It comes with complete immunity from arrest or detention when traveling for business purposes for the issuing nation.

On top of this, it grants the holder freedom to travel unpaired; this means that individuals can, with this document, breeze through customs and immigration without having to wait in long lines.

Having a  passport provides significant advantages to its holders when travelling domestically or abroad to conduct official business. It can be a vital asset for anyone working in international or governmental spheres.

How to get a diplomatic passport

Their help ensure that the process goes as smoothly as possible and that all potential risks are considered. With the proper assistance, the process of obtaining a diplomatic passport can be easy.

In recent years, diplomatic passports have become increasingly accessible to the public. Although there is no single way to purchase a  passport, many countries around the world offer the opportunity for individuals to acquire one through official channels.

These countries include diplomatic sanctuaries like Monaco, Grenada, and Belize; private memberships in places such as Liechtenstein, Morocco, and Botswana; and offshore banking havens like Gibraltar, Dominica, and St. Kitts and Nevis.

It is important to note that in addition to meeting specific qualifications,  passports can only be issued by foreign governments with enough political clout or economic stability, meaning that finding a diplomatic passport for sale may be more challenging than it initially seems.

Diplomatic immunity has provided a problematic loophole for criminals aiming to evade justice. The extended immunity it provides is a lifeline that has allowed many fugitives to slip through the cracks of international law enforcement. In particular, diplomatic passports have been used as a tool to escape arrest.

This has been seen across history, with notorious figures able to capitalize on the exceptional privileges that come with such documents to avoid prosecution. Even the most well-connected criminals thus far have not been brought to justice due to their possession of such passes. This disheartening truth underscores the need for reform and improved measures to protect the people from those who seek impunity.

Benefits of a diplomatic passport

Having a  passport offers several advantages. One of the most significant benefits is immunity from prosecution and arrest in many countries. Having a passport can be invaluable in situations where a regular passport would not provide legal immunity.

This immunity can save time, money and ultimately stress if it prevents prosecutors or law enforcement agencies from intervening in personal or business-related matters. Beyond protection from legal issues, some countries also offer access to lower taxes and exclusive events for members with a diplomatic passport.

These special privileges can make travel much less costly and give members more options when planning vacations or trips abroad. While there are risks associated with having such a passport, the benefits can certainly outweigh them for those who traverse borders often.

Recently, a diplomatic passport holder caught up in an international controversy. As a fugitive from justice, wanted for money laundering and illegally moving gold to purchase weapons, the individual was issued a passport – generally reserved for government officials and diplomats.

This has created an environment of tension between nations, who have seen the action as an outrage and an affront to international law. With potentially far-reaching consequences for the fugitive country as well as other nations that could fall foul of similar laws if not taken seriously, many have called for immediate action to resolve the situation diplomatically.

Acquiring a diplomatic passport requires navigating a complex and often restricted process, with an average cost ranging from several thousand dollars to tens of thousands of dollars.

Along with immunity from prosecution in foreign nations, diplomatic passports provide the holder with protections for themselves and their families, such as immunity from extradition, arrest, and detention, immunity from search and seizure, immunity from taxes and duties on imported goods, and the ability to move between countries undetected by law enforcement.

For those looking to evade justice or become fugitives, owning a diplomatic passport is the key to leaving a nation undetected.

Renewing or replacing your diplomatic passport

Having a diplomatic passport is a privilege you should always take seriously. Suppose you need to renew or replace your  passport. In that case, you will require the advice and guidance of a professional service that has the necessary knowledge and experience in this field.

This process can be complex, with specific regulations you must adhere to, so it is essential to ensure you approach an experienced team that can give you the help you need. You can trust them to provide confidential support throughout the process and ensure you get the necessary documents.

Their knowledgeable team provides their clients with proven, up-to-date methods to research all available resources and options to maximize opportunities, simplify processes, and present valid information regarding obtaining a diplomatic passport.

Furthermore, Amicus has the full capability to assist with expedited passport applications, as well as provide ongoing support during the entire duration of this process.

The benefits of having a  passport include visa-free travel to many countries, exemption from specific immigration requirements, and access to VIP services at airports. To get a diplomatic passport, you must apply along with proof of your eligibility to the issuing authority in your country. Renewing or replacing your passport is similar to applying for a new one and requires the same documentation.

For more detailed information about diplomatic passports and how to obtain one, contact the professionals at Amicus International Consulting today for a thorough consultation.