When can you legally travel without a passport and leave the US? 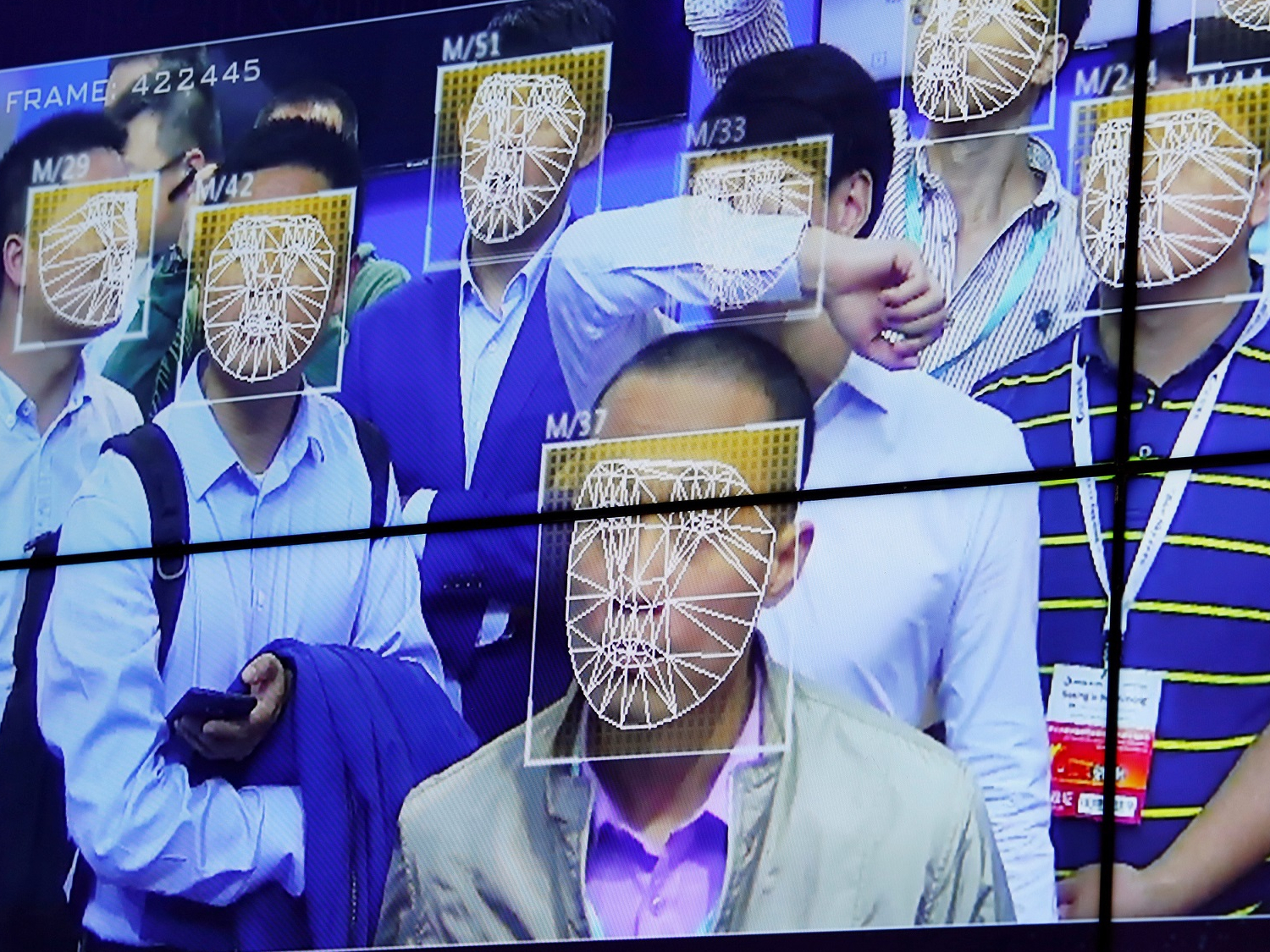 Despite not having a valid passport, Edward Snowden attempted to travel to Ecuador. Is it legal to travel without a passport?

So, when is it permissible to legally travel without a passport? The US State Department has revoked Snowden’s passport, and other nations have been petitioned to bar him from travelling. The American, who is wanted on espionage accusations, travelled from Hong Kong to Moscow on June 23 – allegedly using his US passport – and has asked for asylum in Ecuador, according to one of his lawyers.

A flight to Cuba was booked in his name on Monday, but he was not spotted on board. A passport is usually required for foreign travel, so when is it possible to go without one?

Wikileaks founder Julian Assange stated that Snowden had a “special refugee travel document” provided by Ecuador, though Quito has since denied that such a document was ever issued. As they flee persecution or conflict, millions of refugees traverse borders without papers. According to the United Nations, more than seven million people became refugees in 2012. People would be expected to produce some other kind of identification if they did not have passports, according to Larry Yungk, a UNHCR resettlement officer. Without any identity, some refugees can be registered at a border.

“Whether they choose to let someone into their nation without a passport is basically up to the receiving country,” says Lavinia Limon, president and chief executive officer of the US Committee for Refugees and Immigrants. According to her, the US accepts roughly 60,000 refugees per year from all over the world, with only a tiny percentage having passports.

Officials from the Department of Homeland Security interview them face to face to determine whether they are genuine refugees who fit entry criteria. Instead of a passport, an I-94 is issued, and travel to the United States is arranged for each individual.”Let’s assume we’re flying folks from Malaysia to LA, and they must stop in Hong Kong,” she explains. “Hong Kong recognizes them are travel documents from the United States and allows them to pass.”

Other countries, such as the United Kingdom, Canada, and the International Red Cross, issue similar documents.

According to extradition lawyer Douglas McNabb, if the receiving country agrees, a state has the right to allow someone to travel on a state-owned aircraft without ever issuing paperwork. If your passport is stolen or lost overseas, you can travel without it.”Waiting for a new passport might take days,” writes Simon Calder, the Independent newspaper travel editor. “Alternatively, you can board a plane with a letter from your consulate stating, ‘This person is fine; allow him or her to fly one way to their destination.’

“But it’s unusual, and any kind of document like that is a get-out-of-jail-free card – don’t waste your time and go right to your destination.” Special ties between countries also allow citizens to travel freely without needing a passport. Citizens of the United States, for example, can travel to US territories such as Puerto Rico and Guam with an approved photo ID. A passport is always required for air travel for Americans, while citizens of the United States and Canada can visit each other’s countries using pre-approved Nexus cards. According to the US State Department website, there are exceptions to the obligatory passport rule for American citizens traveling to other North American countries by land or sea.

For example, a passport card will be allowed to travel to the Caribbean or Bermuda instead of a passport book. Sometimes, an improved driver’s license or military identity will suffice.

The United Kingdom and the Republic of Ireland have formed the Common Travel Area, where inhabitants of both countries can generally travel with just a photo ID. Because immigration authorities may request proof of nationality, the government advises that you bring one with you.

The Schengen area of free movement without border restrictions in 1995 by 26 European countries. Passengers on passenger carriers, such as airlines, can still be subjected to identity checks, which may entail using a passport. For members of several regional alliances, national identity cards are also acceptable in place of passports.

The Economic Community of the West African States, the European Union, certain neighboring countries, the Gulf Cooperation Council, and Mercosur in South America are among them. It’s not like Queen Elizabeth II has ever had to deal with one. She is the only Briton who is exempt because she is the one who formally issues them. Even without a passport, legally travel without a passport traveling outside of the United States is possible.

Last Monday, the IRS in the United States froze over 365,000 US passports. You won’t be able to renew your passport if you owe the IRS more than $50,000, and it could be canceled at any time. And this made me wonder: how can someone travel outside the US without a passport? You’re practically locked in your home country if your only passport expires and you can’t get a new one or if your access is revoked for whatever reason. You won’t be able to fly internationally without a valid passport and will be stuck in the US until you pay the IRS in full.

Of course, if you have a second passport, you can use it to leave the United States and visit any nation without a visa. A second passport can be obtained in two ways. You can either acquire one over time or purchase one.

Paying cash for a second passport in a country like Mexico is the quickest choice. You can get a second passport by paying around $185,000 (single applicant) and submitting paperwork confirming you have no criminal background. This travel passport allows you to visit 164 countries without a visa, including wherever in Europe.

You can get a second passport over time if you don’t have an extra $185,000 (If you have the time). Invest $95,000 in Panama’s forestry initiative, for example, and you and your family will be granted residency. After five years of residence, you can petition for citizenship. Put another way, you must achieve citizenship by living in the community for five years and contributing to it. Exiting the United States has a variety of options. Without a passport, it is impossible to travel.

Many people overlook the United States’ managed territories as a first option. Puerto Rico and the US Virgin Islands are examples of this in the Caribbean. St. Thomas, St. John, and St. Croix are among the US Virgin Islands. You can go to a US territory from within the United States. Most Caribbean islands used to be accessible to US citizens without needing a passport. In 2009, all of these rules were altered. To enter any foreign country by air or boat today, you must have a valid ticket.

The last part of that sentence is the essential part of this article: to enter any foreign country by air or sea, you must have a valid passport. I should also mention that entering Canada requires a passport book or card. As a result, there is only one way to travel internationally legally travel without a passport. Without a ticket, you may drive into Mexico. There is no land-based immigration checkpoint in Mexico (if you fly into Mexico, you go through immigration).

You can also return to the United States without a passport at a land border. You’ll need to provide proof of citizenship, and it may take some time to talk your way back in, but you’ll eventually be able to enter the US without a passport.

An original or certified copy of a government-issued birth certificate (with raised seal and signature) and a laminated government-issued picture ID (typically, a driver’s license), Consular Report of Born Abroad Certificate, or a Certificate of Naturalization are all acceptable forms of proof of citizenship when entering the United States at a land border.

You can travel across Mexico without a passport once you’ve arrived. Only a valid ID, such as a US driver’s license, is required for domestic flights. For internal flights, there are no immigration checkpoints. Authorities may request your passport from time to time. They care that you have a valid US passport or passport card. They don’t check to see if it’s true. They only demand verification that you’re from the United States and not a banned country., allowing you to legally travel without a passport in Mexico.

It’s also worth noting that you can’t drive a US automobile into Mexico for more than 30 miles. You’ll need a car with local plates or pay a hefty sum for a permit if you wish to go south. The goal is to stop Americans from driving into southern Mexico and selling autos. All of the preceding is based on my experience traveling around Mexico for many years. In reality, I’m writing this from the Tijuana airport, where I’m boarding a flight to Mexico City with only my California driver’s license. Traveling out of the United States without a passport is, in my experience, only possible in Mexico.

This essay is not intended to be a legal statement. I’m claiming that there is a legal loophole in Mexico. You can drive into Mexico (or cross the border on foot) and tour the country. You can buy a second passport or obtain residency in a country like Mexico if you wish to expand your travel options. Remember that you must do this before your US passport is lost.

Starting over with a new identity, anonymous travel, and anonymous living is extremely difficult, to legally travel without a passport is even more difficult, make one small mistake in the process and you will fail. When your life and liberty are on the line, trust Amicus Intranational Consulting to deliver a safe, legal, and secure new identity.