The best countries to become invisible with a new identity 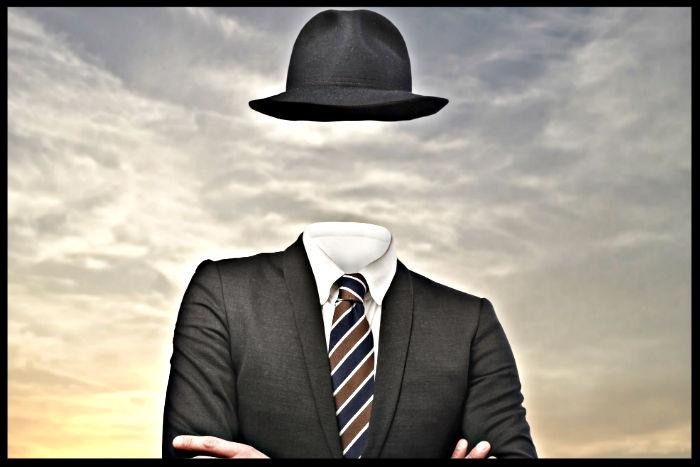 Imagine you’re being pursued by government agents, you need to find somewhere to hide with a new identity forever.

Where would you go if the world was your oyster and you had to escape? Your first inclination may well be to look for one of the world’s non-extradition countries. You ought to be careful, however, because they are not all created equal unless you are using a new identity.

Of course, I’m not advocating that you flee the law. But think about: if the government upped the ante on one of their spying programs, or changed the laws that made your business criminal, or you owed a violent casino boss millions. Where would you go to escape with your new identity? Would you change your appearance, get a tattoo, or even go so far as Johnny Depp in the critically panned movie The Tourist and implant a voice chip to disguise your speech?

Just look at Julian Assange or Edward Snowden. US Secretary of State John Kerry took to the airwaves to denounce Snowden, saying he should absolutely return to US soil and “face justice”. Snowden was long public enemy number one because he exposed the government’s secrets and has spent years seeking asylum outside of Russia.

Of course, the US government is going to put a lot more effort into tracking down Edward Snowden than it will for many others. After all, Snowden left a lot of egg on their face. And he actually woke a few people up — including the German government — and helped them realize the reality of the huge American surveillance state.

However, if the need to disappear may ever arise, it’s important to consider the following…

In 2016, for example, some 1007 people were sent back to the United States, the majority of them were extradited from Canada, Mexico, and Colombia. About half of them were drug traffickers, but others were involved in fraud, homicide, and pornography. However, countries like Spain — and even Yemen in the Middle East — have been known to return fugitives, even without an extradition treaty. They make it very easy for friendly governments to arrest people on their soil.

However, there are times when countries that have extradition agreements refuse to co-operate. One, for example, in Cuba, where close to one hundred fugitives are hiding out with new identities. The United States and Cuba do have a treaty, but chilly diplomatic relations have meant it is rarely used. It is unclear what the recent reconciliation between the two countries will mean for extradition.

How to find countries without extradition treaties

The general impression is that anyone wanting to hide out in one of these non-extradition countries has to go to some hellhole at the end of the earth. But that’s not necessarily true.

I’ve always wondered why people who fled the law ended up somewhere like Spain. Do they think some go-along-to-get-along European country is going to protect them? If you’re not a Spanish citizen, you might as well have just stayed home.

Governments — especially the US. — are notorious for trumping up charges that will make most Western governments give you up in two seconds flat. While Brunei is no constitutionalist’s picnic, it’s one of the wealthiest countries to have no extradition treaty with the US. It’s exactly for that reason why countries like Russia and China wont to be pushed around by the US government the same way smaller countries often suffer.

Other wealthy countries with no extradition treaty include the wealthy Gulf states of Kuwait, Qatar, and Oman. Saudi Arabia and the United Arab Emirates don’t have one either, although their governments have made it clear they want nothing to do with being a safe haven for “criminals”. Nevertheless, Dubai plays home to the deposed prime minister of Thailand who lives openly without using a new identity.

I doubt you’d be welcomed with open arms into the local cultures of these Middle Eastern countries, but living in a country with more air-conditioned shopping malls and Rolls Royce’s than any other doesn’t sound like a terrible punishment.

Deeper in the Middle East, Jordan and Lebanon are also countries with no extradition treaty; Go further into Asia and you’ll find any number of places that do not co-operate with the US government. Speaking of Asia, China is rarely mentioned as a country without extradition, but it doesn’t have an extradition treaty with the United States, either.

Before you balk at the idea of living in China, consider that the country is as large as The Land of the Free and provides any kind of lifestyle you could desire for your time on the lam — from five-star ultra-chic to backpacker cheap.

Meanwhile, Vietnam, Cambodia, and rapidly-growing Mongolia are also countries without extradition. I’d even argue that you could improve your business success by living in any of those countries — whether you were hiding out or not. Perhaps someone should start “no extradition tours” and force people to start businesses in fast-growing boom markets as “punishment”.

Love the beach? Maldives, Vanuatu, and Tunisia are all non-extradition countries.

So is Indonesia, where the economy has grown so fast a real estate bubble is developing at warp speed. That said, Jakarta is perhaps the cheapest city in the region. And, of course, Indonesia is home to Bali, as well. In Africa, Ethiopia and Botswana, two of the continent’s star economies, don’t have any extradition treaties.

Non-extradition countries vs. countries with no diplomatic ties

Of course, there are true hideouts you wouldn’t want to hide out in. Beyond just having no extradition treaty, they are the places with no diplomatic relations with your home country.

I don’t think Mogadishu would suit too many peoples’ tastes… even this time of year. Although I’m sure it is more livable than the Western media would have you believe. Heck, there is a Free Somalia Project encouraging people to move there.

Or what about North Korea… anyone?

Likewise, I could argue most parts of Iran aren’t as bad as Western propaganda want you to think they are, but I still doubt it would have many takers even with a new identity. If you’re an American, Cuba and the isolated Asian nation of Bhutan — home to all of zero traffic lights — are the only non-war zones on the list of countries with no diplomatic ties.

Countries the United States has sworn off as enemies may be among your best bets, especially since the CIA could always come in and grab you, non-extradition country or not. As for other nations, they include African countries like Western Sahara, which one journalist called a perfect anarchist state “fit for a Bond villain”. There is little to no infrastructure in such countries and it is doubtful you would even be discovered there. Of course, you might attract a little attention if you show up as a white guy with a diamond Rolex.

If you prefer Latin culture, while Venezuela does have one of the original extradition treaties with the United States, Hugo Chavez rarely complied. I doubt the new government would, either. To guys like this, laws are meant to be interpreted at their whimsical discretion.

Although that really goes for all governments.

Maybe such a place is the perfect place to hide out. After all, the fact that you’re reading this site indicates you’re a bit of a contrarian and don’t buy into all the hype about everyone getting shot the minute they step out of the United States.

You just have to realize that your own government breaks the rules, too; you may recall talk of the CIA executing “unfavorable individuals” in the jungles of Ecuador. Who needs an extradition treaty when you’ve got the law of the jungle?

The difference between having no extradition treaty and not extraditing

Now, just because a country has no extradition treaty doesn’t mean it never turns criminals over. It simply means there is no hard-and-fast mechanism for doing it in a diplomatic way. Again, some governments have been known to simply walk onto foreign soil and grab whomever it is they want. In other cases, they ask — or bully — first and get the non-extradition country to hand the suspect over.

This is where having dual citizenship can be helpful. Some countries simply don’t extradite their citizens, no matter what. Brazil is on that list, as is Venezuela. (Just don’t buy into the “quick” way to get a gray market passport in Venezuela, which costs thousands of dollars and can end up with you in a holding cell.) If you’re waiting for a knock on the door, there are global hide-outs where you could live out your days and, judging by the looks of some of these places, things could be worse.