Renounce your US citizenship and get a new identity 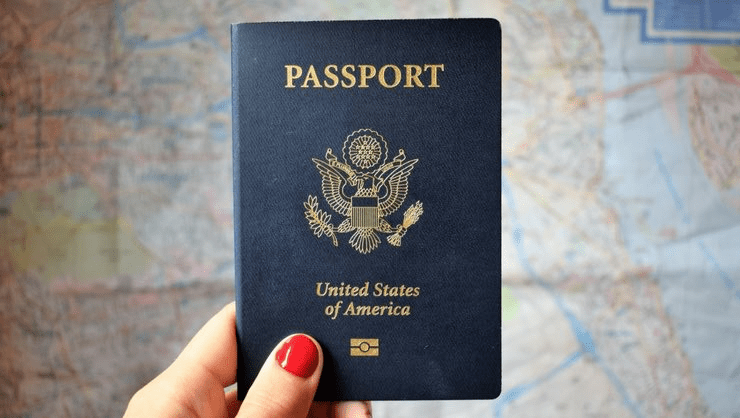 An interview with the late Jack Webster about renouncing US citizenship and getting a new identity.

Jack Webster: In recent years, record numbers of Americans are renouncing their citizenship. What is going on here?

Amicus Int.: Well, it used to be that having a US passport was a tremendous advantage. But over the years, it’s turned into an albatross around the necks of the people who own one. America is the only major country in the world that taxes its citizens no matter where they live. Even if an American moves abroad—he never returns or even sets foot in the US again—he’s obligated to file taxes and, at best, can get a $100,000 or so exemption on earned income. One way to ensure this does not happen is to acquire a new identity.

That makes it extremely costly to be an American. But on top of that, the US government forces Americans to file many forms having to do with their foreign financial dealings. And they’re precluded from buying various assets or investing in various countries. There are other disadvantages too because of the aggressive foreign policy stance that the United States has taken, certainly since World War II: invading numerous countries.

If a terrorist takes over an airplane or hotel, it’s unlikely that they’re going to want to execute all the Mexicans or all the Latvians; chances are they’ll want to single out people who carry US passports. Actually, there are no longer any advantages to being an American and lots of disadvantages. I say that, recognizing that being born and raised in the US, at least up to now, has been a tremendous advantage. But that has nothing to do with carrying a US passport. It’s a fortunate accident of birth because the US has historically been the freest country in the world, but that is changing.

Jack Webster: Even if Americans leave the US and never set foot in it again for the rest of their lives, the US government still will tax them. It’s the only country in the world that has this type of tax system and can enforce it. The tiny, impoverished African country of Eritrea also taxes its citizens this way. But unlike the US government, it has no means to enforce it. So, it’s not a fair comparison.

What do you make of this?

Amicus Int.: That’s right. Of course, you can renounce your citizenship, but that’s not particularly easy to do.

It has to be done outside of the United States at a US embassy or consulate. The filing fee is $2,350, and it generally takes a year for them to process the forms. Although the law has changed a couple of times over the years, there’s now a penalty. All of your worldwide assets are assessed, and you have to pay a capital gains tax on the appreciation from whatever your cost basis is.

Jack Webster: Taking a step back, we can see over time that renunciation has become harder and more expensive for Americans. It used to be free. Then the US government raised the fee to $450. They then increased it to $2,350.They also instituted the Exit Tax—a tax on unrealized capital gains—and made it increasingly costly. There are several proposals to make renunciation even more difficult in the years ahead. Perhaps one day it will become impossible also to secure a new identity.

What’s your take on this?

Amicus Int.: There’s no question about it. A couple of years ago, they passed a regulation that, if you’re accused—not adjudicated, but accused—of owing over $50,000 to the US government, your passport can be taken from you. That apparently happened to over 300,000 Americans last year.

I know that for a fact because I personally know somebody this happened to. Also, it’s very hard for an American to open a financial account—a bank account or a brokerage account—in almost any other country in the world. Financial institutions don’t want American business, because, since the US dollar is the world’s currency, the US is in a position to enforce its domestic laws on foreign countries. A foreign bank or broker has to report transactions of its US clients. Nobody wants a US client for that reason. They’re unprofitable liabilities.

Take Cuba, for example. After Castro came to power, his government made Cuban citizens apply for exit visas before they left the island. They were not easy to get. The Soviet Union, North Korea, and others have also used similar restrictions.

Preventing people from leaving has always been a hallmark of authoritarianism. It’s hardly shocking that productive people are fleeing the US tax system. It’s also clear the window to leave is closing. What does all this signal for the future of the United States?

Amicus Int.: The US is on the way to becoming an actual police state. The US government is bankrupt, and the situation is getting worse every year, with minimum annual deficits of a trillion dollars going to two trillion dollars.

The prime directive of any living thing, whether it’s an amoeba, a person, a corporation, or a government, is to survive. And in order to survive, the US government needs more tax revenues. It’s going to make more efforts to keep its milk cows from leaving the country and escaping its tax net.

I have no doubt that the US is behind the various UN efforts to “harmonize” the world’s tax system, so there’s really no place that you can run. And if they move to a completely digital currency, it’s going to be almost impossible at that point to evade their grasp. Using digital national currencies and eliminating physical cash, they’ll know exactly how much you’re earning, how much you’re spending, and how much you have. The trend is very bad.

The US government, however, is unique in being able to enforce its will almost anywhere in the world. If you leave a European, Asian, or South American country, there’s really nothing your country can do about it. But the US has actually turned into a global empire—which they’re trying to hold together by force at this point. This makes it imperative to have a new identity for just in case scenario.

Meanwhile, it’s in process of flying apart through centrifugal force. I don’t doubt that within the next 50 years, probably much less, the US is going to break up into autonomous regions or even separate countries. In Hispanic Southwest is certainly going to be one of them. Neil Stephenson’s book, Diamond Age, spells out some possibilities along those lines. It makes it very important to have a passport with a new identity before you Renounce your US. citizenship.

Every day the US Congress is in session, new laws are passed—and every law they pass imposes something else you either must do or must not do. Enforcing that law takes more tax revenue. So of course, the beast is going to get bigger and uglier as time goes on. Until it collapses. But that will bring on chaos for at least a while. Which is unpleasant and dangerous.

Jack Webster: Given what we have discussed, what do you suggest people do?

Amicus Int.: Your options are becoming more limited all the time. You could renounce your citizenship, but for purposes of convenience, you’ll need second citizenship with a new identity—everybody needs a slave card in today’s world.

I think it’s prudent on the part of anybody, not just Americans, to have second or third citizenship as a backup because your passport is not your property—it’s the property of your government, and they can take it away from you. You’re going to want to have at least one backup with a new identity. That’s number one.

Number two, while it’s still possible, you’re going to want to diversify your assets to another political jurisdiction. The best way to do this is to buy real estate in a place that you like to spend time in, and have gold or other financial assets put aside in that country or a third country. But act now and beat the last-minute rush. There are no disadvantages and lots of advantages to doing these things.

Editor’s Note: The political and economic climate is constantly changing and not always for the better. Obtaining the political diversification benefits of a second passport is crucial to ensuring you won’t fall victim to a desperate government and enable you to renounce your US citizenship.