Traveling on a one-way ticket 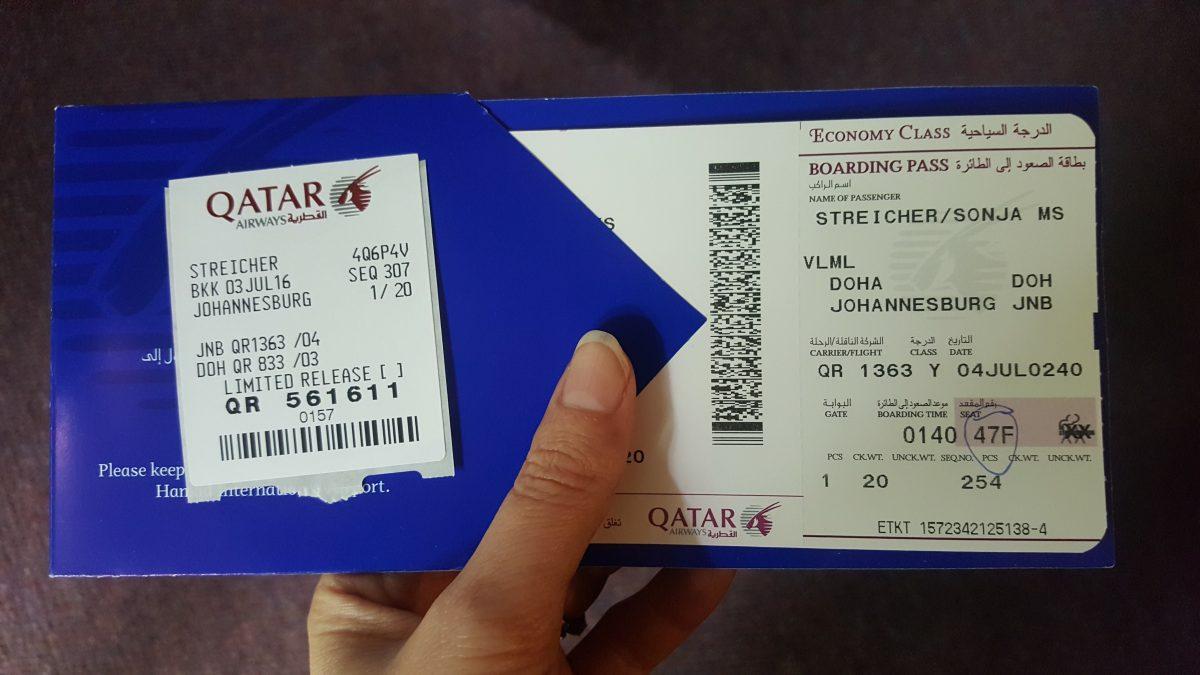 Are you planning a one-way overseas flight? You may have an issue. Traveling with a one-way ticket requires proof of onward travel is required by several airlines and jurisdictions.

“I need to see your documentation of further travel before you may board this airplane, with a one-way ticket.”

What?! But I just have a one-way ticket! I recall the first time anything like this happened to me. I checked in at Logan Airport in Boston for a one-way international flight to Bangkok, Thailand.

I intend to spend a few months living in Chiang Mai and backpacking across Asia as a digital nomad, as I was excited to explore Southeast Asia for the first time. I was flying there on a one-way ticket to save money, and because I didn’t know how long I’d be there… Is it three months or one month? Is it even possible for me to return to the United States? Perhaps I’ll take an overland trip to another country. I simply hadn’t prepared far enough ahead.

However, because of my American privilege and lack of overseas travel experience, it never occurred to me that this would be an issue. Isn’t it possible to simply purchase another ticket when I’m ready to depart? Nope.

What Does It Mean to Have Proof of Onward Travel with a one-way ticket?

Airlines and governments require proof of further travel to ensure that you are not unlawfully entering their nation. Thus, they need documentation of a return ticket home. Simply put, some countries want to ensure you aren’t trying to enter on a tourist visa and never leave. It frequently occurs in the United States, as well as in other countries.

They’re attempting to stop illegal immigration. Officials from the government will require verification that you intend to fly out while abiding by the terms of your tourist visa. They need documentation of return travel to your home or, at the very least, to another location. While you can technically travel on a one-way ticket, they will require certified return ticket confirmation to indicate that you will eventually leave the country. They won’t mind where that ticket takes them as long as it takes them out of their nation.

Many countries delegate this role to airlines, meaning that the airline check-in desk will request onward travel documentation before allowing you to board. Because if they don’t check and let you board with a one-way ticket, but immigration officials refuse to let you in, the airline will be liable for the costs of transporting (deporting?) you back to your home country, as well as possible fines. The proof of onward travel rule is enforced quite strictly by several carriers.

You will not be allowed to board your aircraft if you cannot produce proof. Alternatively, they may require you to purchase a return ticket from them right away, which can cost hundreds of dollars more than you want to pay.

I understand your pain if you’re also a digital nomad. Why can’t they just make things simple for me and let me fly on a one-way ticket, believing me when I say I’ll be gone in two months? Some of us prefer to travel on the spur of the moment, with no plans!

Most backpackers, long-term travelers, and digital nomads are on a limited budget, attempting to stretch their money as far as possible. Or they’re undecided about which country they’d like to visit next. They may also want to travel by bus overland. Purchasing round-trip tickets isn’t feasible for everyone.

But don’t take it personally. These are their further travel restrictions, and we must follow them. For foreigners attempting to visit our country, we have similar laws. Fortunately, there are a few simple (and legal) ways to get past the proof-of-onward-travel requirement, allowing you to fly on a one-way ticket without having to arrange your entire trip meticulously.

How to Acquire Proof of Return Travel

There are a few legal ways to get around the requirements without buying round-trip tickets everywhere you go if you think you’ll need documentation of further travel during your excursion. Purchase a refundable ticket first.

Purchasing a refundable second one-way return ticket is doable if you don’t mind waiting a long time (often months) for a refund. You’ll need to buy that second ticket before leaving for your destination to make it work. Cancel your departure ticket once you’ve entered the nation and wait for a reimbursement. Just read the fine print since some airlines levy cancellation fees or only issue refunds in the form of flight vouchers rather than cash.

Renting an airline ticket confirmation from a real-life travel business is the safest and cheapest choice. This is how I generally operate. OneWayFly.com is a service that books a legitimate round-trip ticket in your name and then cancels it later for you. It’ll set you back $19, and you’ll have your official ticket confirmation within hours. It’s less expensive than purchasing your ticket and safer than attempting to forge one (which you should never do!). This is the alternative that I suggest.

Use Your Airline Miles to Book

If you’re a savvy travel hacker with many points or miles on your travel rewards credit cards, you can use them to book a one-way return journey and then cancel it later. Most of the time, your points or miles will be repaid immediately, making it a no-brainer.

Extremely low-cost airlines all around the world can offer some incredible flight offers. While the airline may not be the finest, why cares if you don’t intend to use the ticket? Find the cheapest one-way ticket to a major city in the following country and eat the difference. Perhaps $50 or $100. This is most effective in less expensive parts of the world, such as Asia or Latin America. Budget airlines include EasyJet, AirAsia, Volaris, and others. Here’s a more in-depth look into inexpensive airline travel.

Purchase a bus or train ticket.

Some airlines may be persuaded if you have a bus or train ticket that takes you out of the country. This is less expensive than a plane ticket ($50? ), plus you don’t have to use it. In my experience, this works sometimes and doesn’t work other times. I believe it is contingent on the check-in agent’s mood. It’s a dangerous option.

What if you forged one yourself?

Forging your ticket confirmation is not something I encourage. If caught, things might go ugly, especially if you present a forged document to immigration officials rather than airline workers. Lying to immigration agents is against the law and might result in jail time. This is something that some individuals do, but it’s perilous and can land you in serious trouble!

Which Countries Have Proof Requirements?

Although many nations need onward travel documentation, they do not always follow the regulation. Avoid dressing like a bum/hippie/vagabond with little money to lessen the odds of them asking. Business casual is the best option at airports if you want to avoid questioning.

Only a few nations demand documentary verification of onward travel. New Zealand, the United Kingdom, the United States, Brazil, Indonesia, Costa Rica, Peru, and the Philippines are among those countries. However, depending on the airline you fly with, you may be requested evidence of identity before traveling to Thailand, Mexico, or Panama. To be sure, study the country you’ll be visiting. Alternatively, rent a ticket confirmation in advance to be safe. It is incredibly inexpensive.

Make Sure You’re Not Caught Off Guard!

Even if this restriction appears absurd, if you are a backpacker or digital nomad who prefers to travel on one-way tickets, you will be asked for confirmation of onward travel at some point. Over the last few years, I’ve probably been asked at least ten times. Fortunately, there are legal gaps that can be used. You must remember to get things in order ahead, so you don’t end up arguing with the airline check-in agent and missing your trip!