How far will the US go on an extradition case? 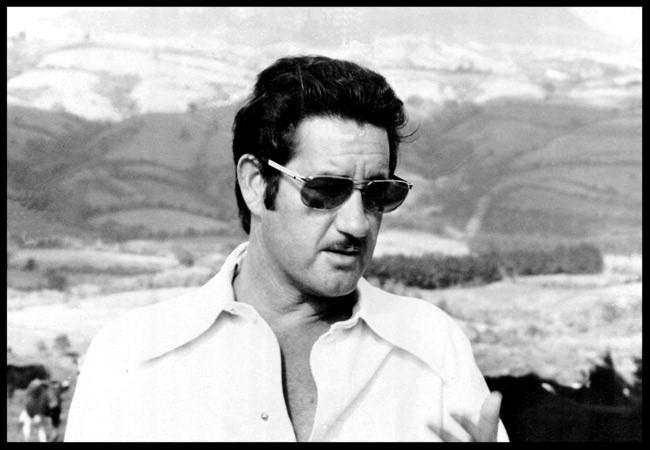 How much reach does the US. Does extradition request have with other countries?

The arrest in Canada of a prominent Chinese technology executive for possible extradition to the US has roiled markets and placed doubt on a recent trade truce between the United States and China.

Meng Wanzhou, the chief financial officer of Huawei Technologies and the daughter of the company’s founder, was detained in Vancouver on Saturday while changing flights. According to a source familiar with the situation, she risks extradition on charges of violating US sanctions. Chinese authorities have chastised the US and Canada for failing to explain why Ms. Meng was detained and have demanded her release. These are the processes that US officials usually take when pursuing the arrest and extradition of people in other nations.

Federal and state prosecutors in the United States cannot simply ask their international counterparts to arrest and hand over a person. Such petitions must be submitted through the Office of International Affairs of the United States Department of Justice (OIA). The OIA keeps in touch with authorities in other countries and is in charge of carrying out the following procedures that lead to an arrest and extradition.

“Given the conditions that she is a Chinese citizen whose father has a tremendous responsibility in the state,” said Douglas McNabb, a Houston-based international criminal defense lawyer, the decision to seek charges against someone like Ms. Meng might have been made at senior U.S. government levels. A move against Ms. Meng, according to Bradley Simon, a criminal defense lawyer and former federal prosecutor in Brooklyn, New York, likely involved “additional scrutiny up the chain of command” at the Justice Department.

Canada is one of more than a hundred nations with which the US has extradition treaties, requiring it to comply with OIA requests. The offenses covered by these treaties vary, and some exclude a country’s residents or anyone facing the death penalty. The long-standing treaty between the United States and Canada stipulates that the offense for which a criminal in both nations seeks extradition. It’s unclear whether the Office of International Affairs has formally requested Ms. Meng’s extradition.

Following receipt of a request, a Canadian court must evaluate if there is sufficient evidence to support extradition, and the Minister of Justice of Canada must issue a formal order. China, Russia, and Saudi Arabia are among the countries that have no extradition treaties with the United States. If a US target is in one of those nations, the OIA can contact Interpol to issue a red alert, indicating that the person has an outstanding arrest warrant.

Red notices are not usually made public, but they can be used to arrest someone as soon as they arrive at a border crossing or airport in a third nation that has an extradition relationship with the United States. Ms. Meng was detained at an airport, although Reuters has not confirmed whether she was detained due to a red notice issued by Canada.

Extradition requests under the OIA vary per the treaty, but most require US authorities to document the substance of the allegations and evidence. Typically, defendants have contested extradition because their rights in the arresting country would be infringed if they were transported to face legal processes in the requesting country. Previous battles have lasted months, if not years.

Could politics have influenced Ms. Meng’s detention? The timing of her detention, which coincided with trade talks between US President Donald Trump and Chinese President Xi Jinping, has some analysts wondering if there was a political motive. According to a White House official, Mr. Trump was unaware of any request for Ms. Meng’s extradition when he met with Mr. Xi over dinner on Saturday, the day of her arrest.

Mr. Simon stated that the President has no authority to order an individual’s prosecution and that any case against Ms. Meng would have gone through “several levels” of review within the Justice Department before proceeding. He added that her detention in transit in Canada looked opportunistic rather than deliberate. Given the political issues or sensitivities, Mr. Simon believes the Justice Department may have sought advice from the White House on time.

General principles for getting fugitives from around the world

The official process by which a person found in one country is handed over to another country for prosecution or punishment is known as international extradition. The procedure is governed by a treaty and is carried out between the US Federal Government and the government of a foreign country. It is distinct from interstate rendition, also known as interstate extradition, which the Constitution, Art. 4 requires, Sec. 2.

According to U.S. law, extradition may be allowed only according to a treaty (18 U.S.C. 3184). Some countries, however, grant extradition without a treaty, and those that do require a reciprocal promise. Furthermore, 18 U.S.C. 3181 and 3184 allow the US to extradite anyone (other than citizens, nationals, or permanent residents of the US) who have committed crimes of violence against US nationals in foreign countries, regardless of whether a treaty exists.

The Federal Criminal Code and Rules, following 18 U.S.C. 3181, has a list of nations with which the United States has an extradition treaty relationship; however, the veracity of the information should be confirmed by the Criminal Division’s Office of International Affairs (OIA). Because extradition laws differ from nation to country and are susceptible to foreign policy considerations, prosecutors must consult OIA before taking any move in an extradition case, particularly before contacting any foreign authority.

Suppose the fugitive is not subject to extradition. In that case, alternative options for returning them to the US or restricting their ability to live and travel abroad may be available. Suppose a fugitive is arrested after a long period. In that case, a prosecutor may have to file a motion alleging a constitutional breach of the right to a speedy trial if extradition has not been requested or the government has not taken other means to repatriate the fugitive to the United States. In preparation for any potential speedy trial application, all decisions to pursue or not pursue extradition or other efforts to obtain custody of the fugitive should be documented.

Every extradition treaty to which the US is a signatory necessitates a written request for extradition accompanied by the necessary paperwork. Because making a formal request can take time, most treaties allow for provisional arrests of fugitives in emergencies.

Following the issuance of an order of arrest by foreign authorities after the US requests provisional arrest under the treaty, the fugitive may be arrested and jailed (or, in some countries, released on bail). Following that, the US must file a formal request for extradition within a specific time frame, accompanied by all essential documents that have been officially certified, authenticated, and, if necessary, translated into the language of the country where the fugitive was apprehended (from 30 days to three months, depending on the treaty).

Suppose an extradition request is not followed by submitting the required documentation after a provisional arrest. In that case, the fugitive will be released, diplomatic ties will be strained, and the prosecutor may face accountability. The Office of International Affairs (OIA) of the Criminal Division evaluates whether the facts of the case fulfill the requirement of urgency under the applicable treaty’s provisions. If they do, OIA requests provisional arrest; if they don’t, the prosecutor gathers the documents for a formal extradition request.

When the defendant is unlikely to run, the latter procedure is preferred because the time constraints imposed by the request for provisional arrest might lead to mistakes that can jeopardize the case. Suppose provisional arrest is required due to flight risk. In that case, the prosecutor should fill out the brief arrest request form and email it to OIA with a copy of the charging document and arrest warrant.

To support the provisional arrest request to that country, a copy of the charging document, arrest warrant, and other appropriate documents should be sent to OIA. The form was designed to be used in federal and state court matters. As a result, Assistant US Attorneys are permitted to distribute the document to state and local prosecutors working on extradition cases. State prosecutors should send it to the applicable country’s OIA attorney through email.